Helping individuals reach their potential irrespective of their personal circumstances.

Doug Strycharczyk, CEO for AQR International, is the son of two Polish refugees who arrived in the UK after WW2 and, like most refugees, endured hardship and poverty whilst establishing a new life for themselves and their family.

Doug has long recognised that he has travelled a long way since this beginning and recognises the support and generosity of individuals who have helped him on his journey. His work around mental toughness and mind set has also given him an understanding of how and why some aspire and succeed in spite of their circumstances and why some do not. Importantly he and his colleagues understand how most can be helped to succeed.

The establishment of the Foundation is a very personal mission which is closely related to AQR’s work.

One of Doug’s achievements is to become a recognised author of leading edge coaching and management books whose books are now translated into several languages (including Arabic and Chinese). All royalties are directed to the AQR Foundation.

Doug Strycharczyk and Professor Peter Clough have been long term collaborators and friends for over 25 years. Together they have developed the concept of Mental Toughness and applied it successfully to every aspect of society. They are now recognised as two of the world’s leading authorities in this area.

Peter Clough too had humble origins. He is the son of a miner; his mother earned a living as a fortune teller. He was brought up in Hunslet, an area of great social deprivation, and left school to become a postman.

Peter is now Professor of Applied Psychology at Manchester Metropolitan University and has joined Doug becoming a Trustee of the Foundation. 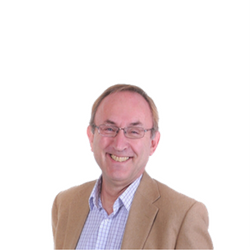 The core purpose of the Foundation is to identify young individuals or small groups of individuals, anywhere in the world, who have potential to develop into highly effective citizens but who, for social, family or economic reasons are likely to be deprived of the opportunity to achieve that potential.

In turn, their purpose should be to create wealth and wellbeing in their communities for the benefit of others.

The idea is to provide deep support to a few so that they can make a difference to many in their community and beyond. A key aim is to develop the capability within communities to attend to their own challenges and issues.

The AQR Foundation will provide;

Access to training, development and coaching through AQR International

Submit a Proposal to foundation@aqr.co.uk