Boost Productivity, Increase Engagement and Transform Your Profitability – Why You Need to Create a Culture of Commitment in Your Organisation! 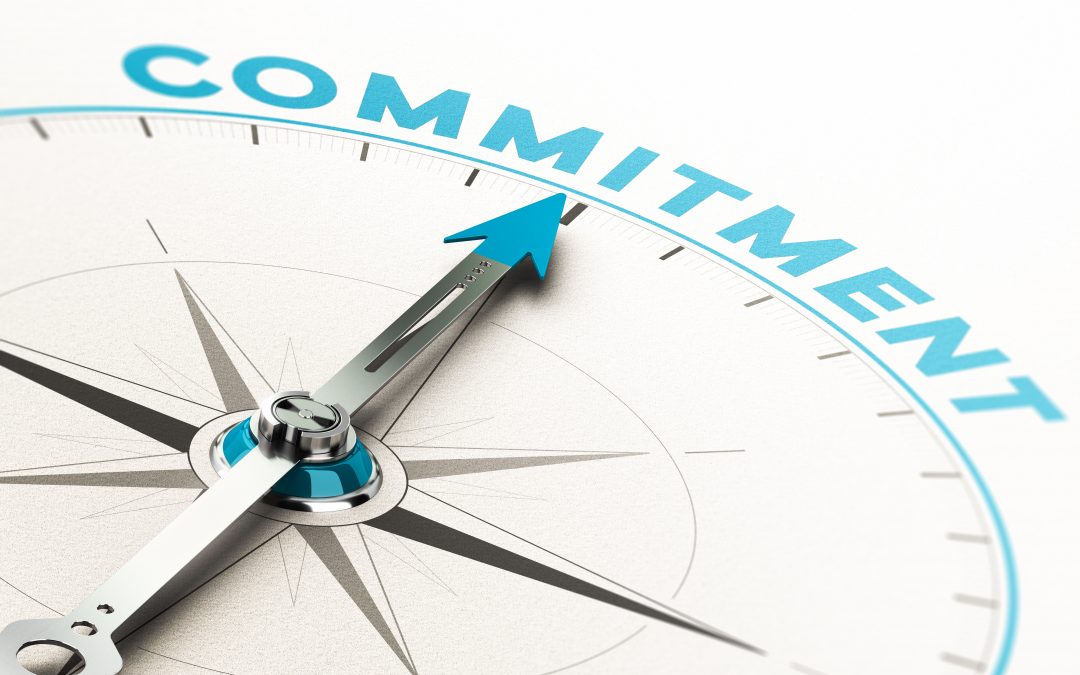 This post was taken from our UK partners AQR Coaching & Mentoring

One of your team has made a mistake that has jeopardised your team’s chances of winning an important piece of business that the team has been pursuing for quite some time.  How do you, as the boss, react?

We’ve all worked in teams with bosses like react like the boss in option 1 – some of you reading this might actually be bosses like this and are quite happy to be seen in this light.  High performance, no room for failure, only winners need apply!  I’ve worked for managers like this and I can truly say, it’s not a great place to work and being motivated only by the fear of negative consequences is not sustainable in the long term Increasingly however, these attitudes are no longer being tolerated either by the organisations in which these types of bosses reside or by team members or potential team members.  Reward structures are being recalibrated to be more qualitative – how were these results achieved? – as well as quantitative – what results were achieved?  And employees are increasingly disinclined to put up with autocratic/bullying behaviour in the workplace, choosing to gravitate to teams and/or organisations that support them as individuals as well as employees.

So if option 1 really isn’t an option anymore (if indeed it ever was), should you as a leader within your organisation adopt option 2 in such a scenario?  Let’s take a look.

The problems with choosing the response summarised in option 2 are many and can be as damaging to your organisation in the long term as the borderline sociopathic behaviour outlined in option 1.

Consider this: the employee in question, the one that has made the mistake that has jeopardised winning the business, may not suffer the public humiliation of being dressed down in front of his/her peers, but may have no way of knowing how to avoid making a similar mistake in the future under this scenario.  Moreover, there may be no incentive to improve performance given that the message given is that mistakes are OK and we’ll just forget it and move on.  If you believe, as I do, that no-one turns up to work looking to fail or do a poor job and make mistakes, then the absence of the ability to learn from this experience will be intensely frustrating.

And consider the negative impact of the well-intentioned “no blame” attitude adopted by the team leader on the other members of the team.  If they’ve worked hard or are in other ways invested in the team successfully winning this piece of business, then they will be frustrated and de-motivated by this lost opportunity.  If they are the types of people who want to be successful and perform at a high level, then they will not tolerate working in a team that doesn’t match their performance expectations.  And your organisation wants to attract, retain and develop high performing team players doesn’t it…?

By now – in fact probably when you read the two choices initially – you will have realised that neither option is a good choice and that there is a middle ground that plots a course between these two extremes.  If neither response to the hypothetical scenario is optimal, what is the right way to react in these circumstances?  Well, with the caveat that in the real world, it will depend on the specific situation, the context and the team member(s) involved, to name but three factors, consider the following approach and see whether you’d agree that it addresses the performance issue, seeks to make a benefit of the mistake made, and positions the team for success in the future:

You, as the manager of the team, have already instilled a culture within the team that acknowledges that mistakes happen given the complexity of the work that is being done, so that mistakes are self-reported in order that identical/similar mistakes can be avoided.   In this instance then, the employee flags up the mistake and explains to the team leader and his/her peers WHAT went wrong, WHY it went wrong, HOW it can be remedied and WHAT can be learned so as to avoid a similar mistake in the future.

All team members contribute to the discussion to arrive at a solution that they’ve all helped devise and thus all taken on board and buy into.  Everyone then knows that ,whilst mistakes happen, a repeat mistake would not be acceptable to the team, given that everyone is expected to have learnt from the experience and that the team embraces high performance standards.

The manager should also look to coach the individual as part of this process to ensure that commitment levels remain high, that the employee has closure on the mistake and is focusing on the future rather than dwelling on a past event that can’t be changed, and that any learning gaps are identified and addressed.  A good leader will also critically examine his/her role in the process that led to the mistake:

This latter explanation is a really interesting point that brings the concept of “outcome bias” into play – i.e. we focus on the outcome and decide that a decision was wrong based on a negative outcome (or conversely that a decision was correct based on a positive outcome) rather than examining a decision in the context of when it was made and what information was available to support the decision at the time.  In our example, did the team member make the correct decision based on the known information and it was only subsequent events or information discovery that appeared to make the decision seem incorrect?  If that is indeed the case, then no mistake has been made and it is your job as a leader to ensure that all team members are aware of this.

Unfortunately I, and I suspect many of you, have worked for managers who function entirely on the principle of outcome bias, which is a hugely stressful and demoralising environment in which to work.  If you know that much of what you do will be judged with the benefit of hindsight and any mistakes or errors – which we now know were not errors or mistakes at all at the time – will be held up for all to see and be used as a stick with which to beat you, I’m guessing that you will very quickly lose commitment and engagement with your work and with the organisation.  At this point, work becomes purely transactional – an employee turns up, does the minimum that is expected and nothing more, and gets paid their wage or salary in return.  All the while, he/she is casting around for a better employer, for a more enlightened and progressive organisation that encourages engagement, actively fosters a culture of commitment and seeks to develop its employees.

If the above sounds familiar – hopefully as a result of your experience at a prior organisation rather than what you are seeing in your present role – then how do you go about ensuring that your company stands apart from its competitors and develops a culture of commitment?

The answer is both straightforward and difficult. Straightforward in that the correct approach is easy to identify but also challenging as changing organisational culture is notoriously difficult.  Going from a culture that vilifies mistakes and thus tacitly encourages employees to cover up errors (with the result that the same mistakes are repeated as no-one has the opportunity to learn from them) to one that accepts that mistakes are an inevitable consequence of complex systems such as the world of work, and uses them to develop organisational and individual knowledge, thus boosting engagement and commitment, is extremely challenging.

It also takes time to deeply embed this approach – anything superficial won’t last and any benefits gained will dissipate over time as the previous culture re-asserts itself.  If you’re thinking that adopting the coaching approach to leadership outlined in the third option previously outlined will take up too much time, just consider how time consuming and unproductive it is to repeat the same mistake or how much of a drain on productivity a high level of employee turnover is.  Then compare how much of a benefit it would be to your company to have engaged and committed employees who go above and beyond to contribute to organisational success.  Moreover, how big an advantage would it be to be recognised as a progressive and forward-thinking employer that is committed to high performance (thus attracting high performers) whilst also nurturing employees to realise their full potential?

If, as a leader within your organisation, the benefits of a commitment culture are becoming obvious to you, then you need to start to think about instilling a coaching culture within your organisation TODAY.   As ever, you need to lead by example and set the agenda, to demonstrate that the culture of your organisation is going to change and that this change starts at the top but will ultimately affect everyone.  Recognise that this will be difficult and unsettling for some people and be prepared for, and welcome, feedback from everyone.  It may be that your journey to transform your organisational culture is a long one – many factors such as size, history, type of industry, employee demographics etc will influence the time it takes to embed the change – but keep the end goal of a culture of commitment and the resultant benefits – improved productivity, improved engagement, improved profitability – firmly in mind.

As your business seeks to thrive in an ever more complex and competitive marketplace, make your organisational culture a compelling competitive advantage that will drive your success in 2017 and beyond.

If you’d like to find out more call us on 0844 357 7350 and speak to one of our Senior Partners about how we can help your business thrive.  Or email us at enquiries@aqrcoaching.co.uk and we’ll be in touch.