Doug is the CEO of AQR and for AQR International – Founded in 1989, AQR is now recognised as one of the most innovative (and fast growing) test publishers in the world working in more than 80 countries. 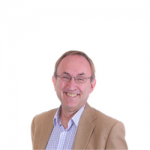 AQR established its reputation initially as a leader in Team Building and leadership development. Doug’s work has been featured on BBC Television where Prof John Adair described the material as “highly effective”

In recent years, Doug has worked with Professor Peter Clough to define mental toughness and to create the world’s leading measure of mental toughness. Doug is now recognised as a leading authority on the application of mental toughness to the worlds of work, education, sport as well as social applications. His expertise is focused on helping organisations develop performance, increase retention and employee engagement and more effectively dealing with issues such as bullying and the impact of change.

Doug has more than 30 years  expertise in a variety of Line, HR & Consultancy roles with a number of blue chip businesses. Doug’s areas of expertise also include Organisational Development, Senior Management/Leadership Development and Top Team Assessment.

Claudine’s  key areas of responsibly include Marketing, Promotion and Financial operations of the company. Her role also embraces the technical and customer support of AQR’s clients, partners and distributors both in the UK and overseas.

Claudine’s areas of expertise include: Application of assessment methodologies and measures with users and clients. Commercial Partnership development, DIgital Marketing and Quality Management

She brings to AQR experience in a number of areas including finance, sales support/customer service, marketing and product management having held roles across a variety of sectors from printing and production through to the leisure industry.

Monika is responsible for systems and IT development within AQR. Her role in the organisation is to make our high quality psychometric tools accessible worldwide. She also takes a major role in promotional and marketing strategy of overseas territories particularly focused around Europe.

She has valuable expertise working in the European Integration Committee during the Polish accession to EU as well as being active member of the university organisation where she was focused on maintenance of cross border contacts.. She speaks English and Polish (native speaker) and is currently developing her Spanish, Dutch and German language skills.

Peter is known the world over as a leading authority on Mental Toughness. He is the originator of the 4Cs concept which is now, be a long way, the most widely adopted description that is emerging as a fundamentally important concept in understanding and developing individual and organisations.

In his role, Peter supports the continuing development of the Mental Toughness concept and its application as an important part of the solution for individuals and organisations who seek to improve performance, wellbeing and agility in the 21st Century with all of its challenges.

Peter works on AQR’s behalf with key clients around the world – particularly in supporting senior leadership teams in creating resilient and proactive cultures. This includes coaching senior leaders when need.

Peter is a Chartered Psychologist and has extensive experience in the Higher Education sector as well as working with individuals, organisations and businesses throughout the world.
He is known for his expertise in Career Development and Employability education for undergraduate and postgraduate students.
Peter has considerable international experience, especially in China and the Far East. His specialisms include psychometrics, business development and leadership and management development.

For a number of years John has been a core member of our external academic team which has continued the development of the mental toughness concept to its 8 factor conceptualization. John is also a psychometrician who has been central to the work carried out to establish the reliability and validity of the concept. John has published many papers on Mental Toughness often in collaboration with Prof. Peter Clough.

John also leads on the exploration of Mental Toughness and its application in a wide variety of settings a variety of applications – from sport, through education and the  world of organizations and business.

John is an excellent presenter and is very much in demand as a speaker on mental toughness and related topics.

Maria joined in 2021 as Head of Business Development to play a key role in AQR’s growth in the UK and overseas. Maria brought with her a long experience of psychometric measures and their applications gained whilst in business development roles with SHL and TalentQ.

Toni first began working with us when she was a Psychology undergraduate at the University of Chester. She has worked with AQR in a variety of project-based roles since 2014. Toni is responsible for coordinating and managing business and product development projects, marketing and promotional activity within AQR’s educational division. She is also responsible for providing a full support service to the users of AQR measures.

Dylan joined AQR in the summer of 2016 and has gone on to support a number of key areas of the business. His main areas of responsibility include digital marketing, graphic design, web and app development.

Maya works with AQR supporting and project managing business development and delivery of programmes. Maya is a highly motivated HR professional with over 8 years’ expertise in the Middle East, and almost 2 years in Southeast Asia.

Maya’s knowledge and expertise has been gained through working in a variety of organisations in the Lebanon and the Gulf region (particularly the UAE).

Maya has excellent change management capabilities, as well as first class people management skills. She has purposefully developed an interest, both academically and professionally, in psychology to enhance her work in this area. As a result she has developed significant expertise in assessment, development and coaching activity.

Sylwia heads up AQR’s operations in Poland and Central Europe, She is a seasoned professional who has expertise in a variety of sectors and functions including sales, management and HR.

She specialises in conducting training on AQR’s psychometrics products and development programmes . She also delivers teambuilding and management, leadership, motivation and improving interpersonal skills of managers. She also designs and runs Assessment and Development Centers and consults on HR projects including recruitment and development.

Peter has more than 30 years experience in business, in a range of sectors including Automotive, FMCG, Food Packaging, and Leisure. Organisations include international blue chips such Magna, Johnson Controls, Michelin and Autoliv STADCO.

In his last major role, as General Manager of a UK Division of Magna (with 600 staff) he turned around a loss making entity to a performing profitable £75M turnover division.

Peter works closely with AQR and has an in-depth knowledge of their tools and expertise in their application in a wide variety of situations. Peter’s main focus is the provision of executive coaching to senior managers.

Pauline has more than 26 years  experience in Health, Local Authority, Education and private sector organisations. She delivers a range of licensed product training and development programmes for AQR.  In addition she runs a Business Psychology consultancy and Associate Lecturer at the Management Centre, Bangor Business School and Kaplan Open learning. More recently she has become an associate for the Care Council for Wales. Her varied career has spanned across the domains of business consultancy, coaching/ therapy, stress management, training/ lecturing, and as part of a strategic management team of a local authority.

Ask The Team a Question