5 Quick Tips On Being More Productive 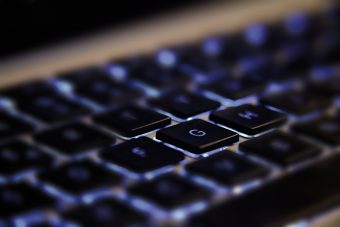 I love reading articles on being more productive so that I can become more productive myself and also to find practical tips I can pass on. Here are five courtesy of Stepahnie Vozza at Fast Company, my all time favourite business journal since the beginning of time. The first two tips I use, arising from the Mental Toughness routines from the 4C of Commitment but the advice around maximising the use of your calendar and turning off email is invaluable.

Consistency and routine are helpful for starting the day in a proactive mode. While the tasks vary, productive people have found a set of activities and order that works for them. Serial entrepreneur Gary Vaynerchuk, wakes up at 6 a.m. every day and follows the same routine. “I start my day by consuming quite a lot of information,” he writes. “I go to TechMeme and check out the headlines. I read Jason Hirschhorn’s email newsletter, MediaREDEF. Then I hit the news outlets . . . the main site that I focus on during this time is Nuzzel, an aggregator of headlines and links that my circle is sharing.” After checking his Twitter and Instagram feeds, he heads to the gym for a workout with his trainer, returns home to connect with his family before they start their day, and then prepares for the first meeting of the day. “By the time I step into that first meeting, so much is going through my head already,” he writes.

More productive people understand the difference between important and urgent tasks. The former moves businesses forward while the latter puts out fires. It can be tempting to fill your day with urgent tasks because fires seem important in the moment, but you’ll never innovate or achieve more if you don’t move beyond what is and into what can be. Each year Gary Keller, founder of Keller Williams Realty, identifies his most important task and blocks out the first four hours of every day to focus on it. “The key is time. Success is built sequentially. It’s one thing at a time,” he writes in his book. To identify his “one thing,” Keller looks at his goals for the year and asks himself, “What’s the one thing which, when tackled, will make everything else I have to do easier or unnecessary?” He then protects the first four hours of his workday to do only that one thing. Keller has used the technique to write books as well as grow his company to the largest real estate franchise, and believes that until his top priority is done, anything else is a distraction.

While to-do lists are nice for capturing information and activities, productive people don’t run their day from one, says author Peter Bregman. Instead, Bregman suggests scheduling any and all to-do list tasks on a calendar and using that as a blueprint. “The reason we’re always left with unfinished items on our to-do lists is because those lists are the wrong tool to drive our accomplishments.” “Decide when and where you will do something, and the likelihood that you’ll follow through increases dramatically,” he writes on his blog. Calendars help you prioritize, says Bregman. “What is it that really needs to get done today? What important items have you been ignoring? Where can you slot those things into your schedule?” he writes. “A calendar is finite; there are only a certain number of hours in a day. That fact becomes clear the instant we try to cram an unrealistic number of things into a finite space.”

Calendars are often divided into 30 or 60 minute increments, but more productive people like to dial activities down even further, eliminating the chance that time goes unscheduled. Grant Cardone, learned that Alan Greenspan, former chairman of the Federal Reserve, divided his day into 15-minute increments and introduced the concept into his own schedule. When you divide up an hour, you multiply the available time, Cardone says. “[Greenspan] didn’t let white space on that calendar, he knew white space was a problem because–white space, nothing in the 15 minutes–was a waste of time,” he says in a video on his website. Vaynerchuk also dials down his schedule into small increments. “Every minute counts, so my schedule is planned down to the second,” he writes. “And I’m not kidding: I’ve had, and continue to have, three and four minute meetings. You have to use every second you get in a day.”

We all know that email can be a time suck and gets in the way of being more productive, but few of us do anything about it. A recent study by Adobe found that the average person spends 7.4 hours per weekday on email, which means we’re always fielding messages from our inboxes. Productive people, however, aren’t slaves to technology, says Jason Jennings. “Most super-productive people only check their email two or three times a day; schedule email time on your calendar and process it in time blocks, says Jennings. Constantly checking email also makes you less productive answering it, according to a study from the University of British Columbia. In an experiment, participants were put into two groups, with one told to check email three times a day and another told to check it as often as they wanted. The group that checked email three times a day reduced the amount of time they spent answering messages by 20%. They also reported feeling less stressed than before.