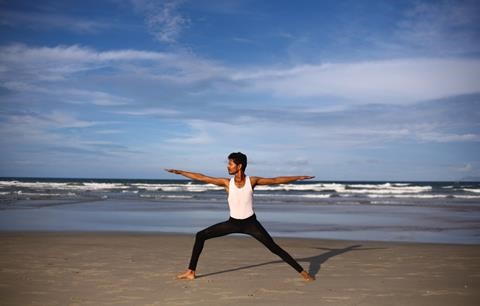 Okay, I admit the title of this post may be misleading because whilst these 6 ways to stay calm are easy to understand, they are much harder to adopt as part of your ongoing persona. One of the key characteristics and strengths of mentally tough people is that they stay calm and composed in the most stressful and emotionally charged situations. It is a self-fulfilling state because staying calm uses less emotional energy and angst, which means they can stay calmer.

Here are 6 ways they manage it and how you can too:

However big the issue is, here and now, it won’t look and feel anywhere as big an issue in a week or a month let alone a year’s time. Mentally tough people react to situations with that longer-term frame in mind knowing that on most of the occasions it’s just not worth investing their emotional energy.

Following on from the longer-term perspective mentally tough people just let go, like dropping a piece of litter in a bin. They know that being emotionally involved in anything or anyone consumes immense emotional energy especially if its beyond your control. This is because you have less ability to affect the outcome and so spend more time worrying about it. If it’s not within their locus of control, mentally tough people just learn to drop it and move on.

Whilst mentally tough people are always focused on outcomes they also enjoy the journey. They split larger goals into smaller goals, which reduces the emotional energy investment but also increases the number of times they feel a sense of satisfaction. They are also pretty confident at achieving the outcome most of the time but knowing if they don’t they can learn from the situation, so it is a win either way

Whilst mentally tough people are driven to be the best they can be and are intensely competitive with themselves they don’t beat themselves up if they put in a below par performance, because its wasted emotional energy and no one is perfect all of the time. They will generally lament quickly or quietly, and often both, and then put their energy into working out why it was a below par performance and how they can do better next time. Similarly whilst they will celebrate a win they will do so less dramatically and emotionally knowing that the win is part of a longer term journey towards a higher destination. It is usually a deep sense of satisfaction rather than a prolonged celebration.

5. HAVE A PROVEN CIRCUIT BREAKER

When the adrenalin floods your body, your brain shuts down your high level executive thinking (planning, analysis, decision making, reasoning) and prepares you for “fight or flight“. Unchecked this leads to an emotionally charged situation which can often be embarrassing or damaging in some way so mentally tough people perfect a preventative technique. They use a ‘circuit breaker’ which enables them to divert away from the ‘fight or flight’ to a more reasoned and objective and emotionally detached response. This circuit breaker may be an alternative action or verbal response or contrary feeling. Different circuit breakers work for different people but having one means you can stay calm in even the most volatile situations, which can be incredibly useful when a clear thinking head is required.

Mentally tough people do less but achieve more and stay calm in the process. Most people try to cram as many things as they can into their day and usually optimistically miscalculate the time it takes for each event or meeting or situation. This time pressure creates an instant stress bomb because they are already thinking about the consequences of missing a meeting or deadline instead of focusing on dealing with the matter in hand to the best of their ability. Mentally tough people reduce the number of “moving parts” in their day and increase the time they allow for each situation. For example, are you driving to an appointment today? Give yourself an extra 10-20 minutes and save yourself the stress and road rage. You’ll get there in a much better mental state. Over the course of a week or a month mentally tough people get more done and are far less stressed because they stay calm, composed and focused on achieving the outcomes rather than stressing over whether they will be exit one and start another. Plan less and achieve more.

Mentally tough people can control their emotions and generally do so unless the situation requires an outburst. This outburst is then often more effective because it is more controlled and unusual. Mentally tough also enjoy the good times and dislike the bad times but maintain a calmer persona to avoid being distracted or diverted by emotion.