You Can Build Mental Toughness 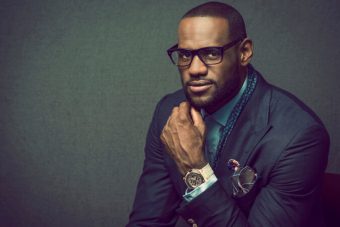 Around the dinner table, my sons and I talk basketball and homework, in that order. We’re Bucks, OKC Thunder and Spurs fans and with the playoffs less than a month away there’s plenty of interest in the NBA. What got us talking this weekend was the fallout during the past week from the increasing defensive fragility of the defending champions, Cleveland Cavaliers. This was brutally demonstrated in their 126-113 drubbing by the Denver Nuggets.

all the talking points came from talisman Le Bron James.

In this video clip (thanks to espn.com) James snarls:

James was asked how his individual defensive effort stacked up on the night and he caustically responded “Personally? I had opportunities where I could have been better,”

“Um, one thing about it: I always bring toughness to the game. I know that. That’s for sure.”

Our dinner table panel of experts thought that Le Bron was wrong on two counts about mental toughness:

Well the good news for Le Bron, the Cavs and anyone else is that you CAN measure and then BUILD mental toughness, not only as individuals, player by player, but collectively as the team.

The MTQ48 psychometric measure of mental toughness was developed by Prof Peter Clough of Manchester Metropolitan University and is applied practically and globally in sport and every other sector by Doug Strycharczyk, Managing Director of AQR.

Their definition of mental toughness is

“A personality trait which determines, in large part, how people respond to challenge, stress and pressure, irrespective of their circumstances”

Clough further describes a mentally tough person as “someone who is comfortable in their own skin, can take whatever comes along in their stride and mostly enjoy the challenge”.

The Cavs most certainly aren’t comfortable in their own skin right now and aren’t enjoying the challenge of responding to their current defensive problems.

From this framework you can work through a series of routines and habits that build mental toughness.

It is simple, well validated and it works.

Under pressure the Cavs aren’t working to their routines as individuals or collectively supporting each other as a team. This can be fixed. Tyson ? Le Bron ?  You have my number !! We can fix this (even though I’m a San Antonio Spurs fan).

For more on the story