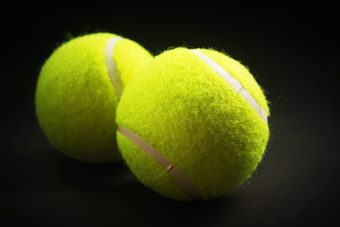 STAN WAWRINKA ON THE IMPORTANCE OF A MENTAL TOUGHNESS RITUAL

Roger Federer illustrated the importance of mental toughness in tennis when winning the recent Australian Open. He won the Indian Wells tournament at the weekend too, beating another champion opponent, Stan Wawrinka, in the final.

Despite this defeat Stan is a champion tennis player and you may have noticed that he points using his index finger all the time during his matches. This is an important part of his mental toughness ritual, which he uses to keep himself focused and in control.

In a recent interview, Stan tells Kamakshi Tandon of Tennis.com how his transformation into a big-match player shows that it is possible to develop mental toughness.

“I think I’m the example that it can be done, because I wasn’t that good younger. Before starting to win those big matches, I was losing a lot of important matches, 7-6 in the third or [a] big-five set match against [a] top player because I was nervous.”

The 31-year-old did not capture a Grand Slam title until he was 28, but has won all three Grand Slam finals he has played.

Before the final of the 2016 US Open, Wawrinka fought a bout of nervous tension and was in tears with his coach, Magnus Norman, in the locker room. But on court, he said he concentrated on not showing any fragility and playing his game, repeatedly making his now famous finger-pointing gesture for mental toughness.

Wawrinka said players had to acknowledge their nerves and then develop their own approach to controlling them. “I think there is many way[s]… most important is to know yourself,” he suggested, adding that for him it was “a mix between some conversation, some trust from my team and also a lot of practice … on the tennis court.”

Improving as a player can lead to improved confidence, he added. “You’re on the court, you have balls, and you have a player in front of you who you want to beat. So if you play better than him, you have better chance to beat him.”

I took a lot out of this conversation with Stan, most particularly his self awareness (knowing himself), purposeful practice and self-belief. He focuses on removing the emotion from his game and being the best he can be on court, and knowing that is his best chance of beating his opponent.