Do You Have An Action Addiction? 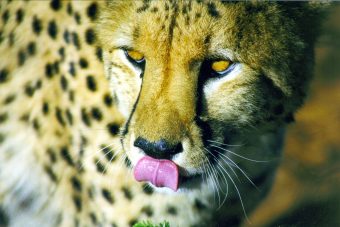 I had one of those days last week when I was frantically busy all day through calls, emails and meetings but at the end of the day I hadn’t achieved anything major on my ‘to do’ list. During the day I felt incredibly pumped and productive but at the end of the day I was flat and a little deflated. Why was that? According to Ramus Hougaard and Jacqueline Carter it’s likely that I have an Action Addiction, which means I’m addicted to a hormone called Dopamine.

Action Addiction is a deep-rooted human condition caused by imbalances in the chemicals of our brain and the hormone dopamine is the key player. Dopamine is a highly addictive, naturally produced reward-drug that, when released in the brain, provides us a short-term sense of enjoyment, relaxation, and gratification. When we do stuff, dopamine is released and we feel good for a moment, which creates the craving for another ‘hit’. We do more stuff and get another hit and soon become caught in this vicious but pleasurable circle of action and reward.

The consequence of action addiction is that we are constantly chasing short-term wins. We keep ourselves busy chasing details, thereby losing sight of larger or more important goals.

Take this Hougaard and Carter Test to see whether ‘action addiction’ applies to you.

If you find the test difficult, if you are challenged by the inactivity and get restless and experience an urge to be busy— you are experiencing some degree of action addiction.

I DO have action addiction.

One of the remedies of action addiction is to ‘slow down’ in order to speed up. By slowing down we lose the action addiction, which enables us to focus on tackling the more important issues and tasks. A great example of this, from the animal kingdom, is the Cheetah when it hunts its prey. Whilst the Cheetah is the fastest land-living animal on the planet, when it spots its prey it doesn’t just set off and sprint towards it. Instead, it slows down. It crouches down and for minutes moves in slow motion whilst all its body muscle fibres warm up. Then, when its ready, everything explodes and in seconds it accelerates and catches its meal.

The trick of the cheetah is to slow down to speed up, and we can learn from that in our pursuit of overcoming action addiction and being busy. Just as the cheetah doesn’t run around constantly trying to catch its prey we can learn to focus on the important tasks rather than just doing them because of our addiction to Dopamine. Instead of acting impulsively we can focus and choose our actions out of clarity and freedom and in so doing better pursue the larger goals in life. By slowing down, we can speed up.

In their article, first published in the October 2015 issue of Mindful magazine, Hougaard and J Carter also suggest other facts and remedies:

One of the characteristics of a mentally tough person, as illustrated by the MTQ48 4C of Commitment, is that one is focused on setting and achieving goals and targets and not getting distracted by other less important priorities that will arise. This addiction to dopamine and action is overridden by the mindset and discipline of being mentally tough.