Learning from your mistakes… actually my mistakes 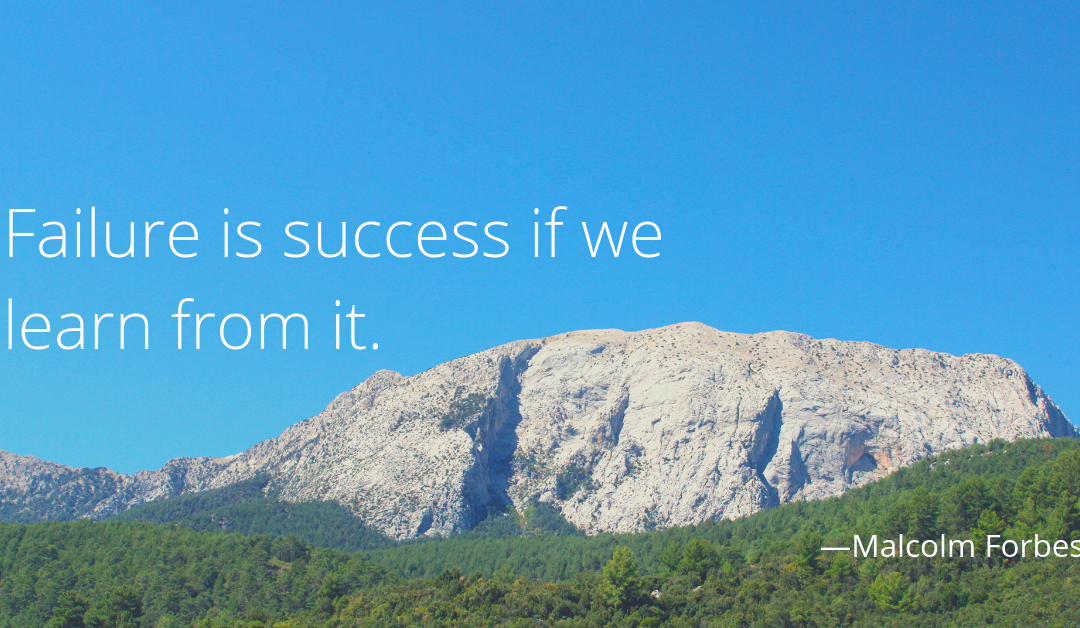 The Mental Toughness concept embraces a number of important ideas. One of the more important is the idea that failure or setback can be as much an opportunity to learn as any success can be.

“It’s fine to celebrate success but it is more important to heed the lessons of failure.” Bill Gates

We can’t avoid failure or setback, sometimes for reasons beyond our control. We can control our responses to success and failure and extract value from either. A lesson I learned some years ago.

In my last role with Castrol, a global lubricants business, I was suddenly promoted from Head of HR for the UK Operations to Head of Operations. One day I had 6 staff reporting to me, the next day over 1000.

The objective was a business improvement mission which had employee engagement at its heart. Quickly assembling a senior management group of 6, we identified three goals:

Employee Engagement and Employee Morale – the measure was a reduction in absenteeism from 8.5% to a short-term target of 4.00%. A number of tactics were introduced mostly focused on employee engagement.

Client Satisfaction – essentially to reduce customer complaints and the significant cost incurred in dealing with them.

Cost reduction – easily targeted, both of the above goals would contribute significantly whilst developing more efficient practices with staff would achieve the rest.

The programme took a little while to get going but within 3 months began to produce results and over 11 months hit all of our – stretching – targets. All essentially by getting staff alongside.

The absenteeism initiative, once staff realised it wasn’t a punitive exercise, proved to be very popular at all levels. Hard working and diligent staff had often complained that those with poor attendance records “would get away with it”. The focus of the initiative was “you are important, so is your regular attendance”.

Moreover, it was against a background of a company, Castrol, which had enlightened practices then even by today’s standards. Working conditions were excellent and support was freely available for a wide range of employee’s needs.

Now … one of my duties was to represent the company at retirement ceremonies in my Division.

At the start, I didn’t know many of the staff who retired (there was always at least one or two every month). So, I would ask their managers to pull together information about their careers which I would build into a retirement address taking care to include “quirkier” events to lighten the tone. It worked well.

Three months into my tenure I attended a retirement event for one of the longest-serving employees. I ran through the “ceremony” making a speech which seemed to go down well with his colleagues and presented him with gifts and letters of appreciation from the company.

Turning to him, however, his face was dark – he was clearly annoyed. So, I asked “Have I said something wrong? I didn’t mean to. I apologise if I have”.

His response, in front of a gathering of work colleagues and managers, was “You are a fraud! You have been going on about the need for better attendance and I agreed with that. It was about time something was done. But you aren’t interested in the people who come in day in and day out the way you said.

Although we couldn’t really mollify this aggrieved individual, he was right. I had overlooked something, apparently important to me and also to him.

It wasn’t easy to deal with such public humiliation and it did feel like a setback in building momentum towards our goals. However, we immediately set about putting it right for anyone else in the same position and checked that we weren’t going to make a similar mistake with some of the other goals.

It did become a cause célèbre for a short while but the employees also recognised that we/I had acknowledged our error and had done something about it. They weren’t used to senior managers acknowledging their mistakes never mind putting them right. The incident passed into folklore.

I have never forgotten this incident and I know I learned a great deal from it. Although it hasn’t stopped me making other mistakes, it did teach me that a mistake or a setback, if it’s not fatal, is often a key element of our learning too.

“Success is not a good teacher, failure makes you humble.” Shah Rukh Khan

Those familiar with our work on the 4Cs Mental Toughness framework will recognise the factors which make up the Challenge scale in this story.

To respond to a significant challenge, we had to tackle things that hadn’t been tackled before and we had to try some new ideas and approaches – risk orientation. Most worked well. One clearly hit a problem and it would have been an option to bury it or even abandon it.

The better option was reflection and learning – learning orientation.

We are often asked, “How can Mental Toughness be developed?” – and most expect the answer to be some form of training or coaching. They do work well when properly focused on a factor.. It’s also possible to think about past events and experiences and think “Why did I respond that way at that time? Were there other options I could have considered? How could I have adopted them and … would I be in a different place now?”.