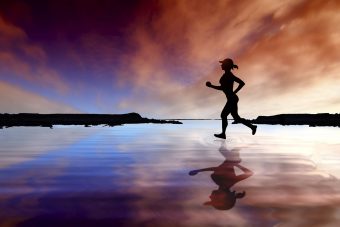 IF YOU WANT TO GO THE DISTANCE, YOU HAVE TO RISK THE DARKNESS

Let’s say this up front and right away, I’m not a marathon runner but the above quote and subsequent article by Jonathan Beverly, who IS a marathon runner, captured my attention, imagination and interest in the marathon mindset.

His description is apt for our broader lives in that, if you want to be the best you can be, you are going to have to push out the boundaries of your comfort zone and in the process “risk the darkness”. You will experience setbacks and failures and you need the mental strength to bounce back and carry on with increased resolve. This is the resilience component of mental toughness and two of the 4C pillars of Control and Commitment.

Take It Away Jonathan

In hindsight, it may not have been the best day to go long. Then again, perhaps it was perfect.

The run started bright and cheerful enough. On a sunny spring Friday afternoon, dressed in only shorts and a short-sleeve top for the first time this season, I headed out with my dog, Marley, joyfully bounding around me.

Had I been paying attention, all the factors were aligned to create a storm of difficulty. I had eaten nothing since a light breakfast of granola and yogurt. A water bottle strapped to my waist was my only concession to unseasonal heat, a full 20 degrees warmer than it had been the rest of the week. Plus, earlier in the week, I’d taken a two-day business trip, disrupting my usual sleep and eating routines.

Nevertheless, I had run more than my usual miles, getting out both mornings and evenings to explore and run with friends. I had been running well lately—so well I had started to think about a marathon for the first time in seven years. So as work slowed that afternoon, I was lured out to enjoy a long loop in the sun.

Five miles from home, Marley, who had taken her accustomed place a few yards in front of me, turned at our usual corner and eyed me quizzically as I continued past. She was too young to remember routes this long. She recovered quickly and galloped on ahead, sharing my pleasure at stretching our perimeter.

At mile 10 I hit the hills that local runners call “The Moguls,” a mile of three ascents. I pushed up them playfully, into a headwind, feeling young and strong.

Two miles farther on, slogging through a sandy segment on a doubletrack jeep road, things started to unravel.

Nothing hurt. My muscles weren’t cramping. My stride, though less springy, wasn’t compromised. I simply felt like I wasn’t going to make it. Staying upright was too much to ask, and could I please just lie down in the ditch and nap for a while. Maybe forever. Desire and hope disappeared, as if bleach had been poured over the world, washing away all color and emotion.

I had forgotten this feeling in the years since I had last done a marathon. It didn’t take long to recall. I’d experienced it before, in Bangor and Boston, Pueblo and Tromso—I had arrived at this place at some point during most of the 26 marathons I have started. It is what makes the marathon difficult, and a worthwhile challenge.

Having trained with the high-school kids I coach and having chased age-graded PRs at shorter distances during recent years, I was intimate with the muscle-searing pain of hills, the lung-rasping panic of track repeats, the gut-twisting ache of a 5K. Those efforts, however, feel self-imposed: an exercise in mind over matter. This particular brand of exhaustion feels like it comes from without, a punishment from the gods.

I ran on, wondering how I had dipped so low, my mind traveling in ugly circles. I cataloged the factors that had gotten me here, but still, it didn’t seem right, or fair. Somehow, I had thought I could avoid it this time.

“We wish to hear only of unequivocal results,” Carl Jung wrote in Stages of Life, “and completely forget that these results can only be brought about when we have ventured into and emerged again from the darkness.”

Marley seemed to be feeling the distance, too. She’d been able to cool off from dips in puddles and water tanks, but she was staying close behind me rather than frolicking through the surrounding fields as she normally does. Cresting a small hill, however, we ran into a flock of wild turkeys and she charged after the scurrying birds at a full sprint.

I knew of the central governing theory of fatigue, which says that it is not my body but my mind telling me that I am tired. I searched for my own turkeys, some motivation that would let me transcend the mental governor and release my hidden reserves.

I tried to imagine a finish line looming. The numbers on the clock showing a huge PR. A beautiful woman watching and waiting for me. Not a flicker. I trudged on in the darkness.

My Garmin vibrated and a glance told me that despite my self-pity, my pace was only 10 seconds per mile slower than when I started. While zippy mental tricks had failed to lift my spirits, I wasn’t, it seemed, quite as bad off as I felt.

I focused on staying tall, taking one quick stride after another. Time and distance blurred into an endless present. Another mile passed, the split time exactly the same. I didn’t feel any better. I didn’t feel any worse. I was still moving.

An indefinite time later, I reached town, rounded the final corner, and arrived. Resting my hands on my knees, I was nauseous for a few seconds. It passed. As did my malaise, gone as quickly as it had appeared. It had been, after all, a good run.

In a scene from the movie The Guardian, an instructor at a Coast Guard rescue-swimmer school is found shivering with a group of students in a tank of ice water. “You know we have classrooms,” the school’s commanding officer says. “And your assignment was to simply teach the stages of hypothermia.”

“Sir,” the instructor responds, “in about two and half minutes, they’ll understand.”

Their teeth chattering, the instructor tells the students, “You can plan on spending roughly 60 percent of your career in a mildly hypothermic state.”

The students didn’t need to learn to recognize the symptoms of hypothermia or how to avoid it—they needed to know that they could immerse in it and keep functioning—that they could endure. I, too, needed to pass this way.

“Knowledge is only a rumor until it lives in the muscle,” says an Indonesian proverb.

Talk to top marathoners and ultra-runners and you’ll soon learn that they have a different relationship to difficultly on the run than the rest of us do. They’ll train and plan like everyone else to try to make the race as smooth as possible, but they know that physical and emotional downtimes are inevitable, even on the best of days. They know that a good run isn’t necessarily when you avoid issues but when you get hit and are able to see your way through.

A week later Marley and I headed out again, on a cool, misty afternoon, and ran farther, with ease. It was one of those perfect runs, where the miles click by in a happy blur and I felt I could go forever, a wild animal racing across the plains enjoying the pleasure of movement and the wind in my hair.

I may wish every run was like that, but I’ve been reminded that going long always brings the risk of darkness. The bright runs are not only rare; they require many dark passages to bring them about. And as pleasurable as it is to run tirelessly, it is the run I endured that I recall most vividly and take pride in. I’ll welcome both, the good days and the hard ones, as I go long again.

Thanks to Jonathan Beverly for this inspiring article.  The former editor-in-chief of Running Times, he has been a competitive runner since 1977 and he writes and runs on the high plains of the Nebraska/Colorado border.