Mental Toughness and its Connection with Related Concepts 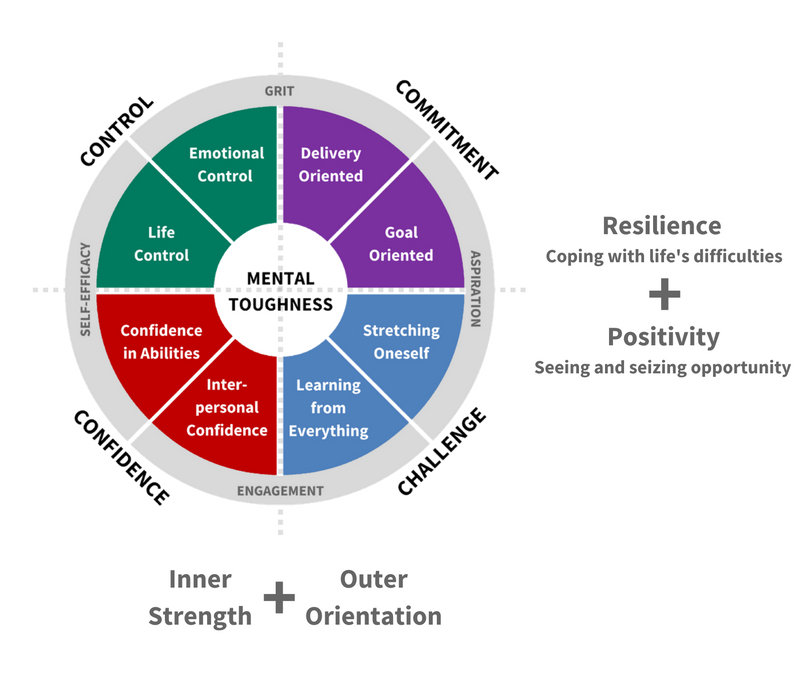 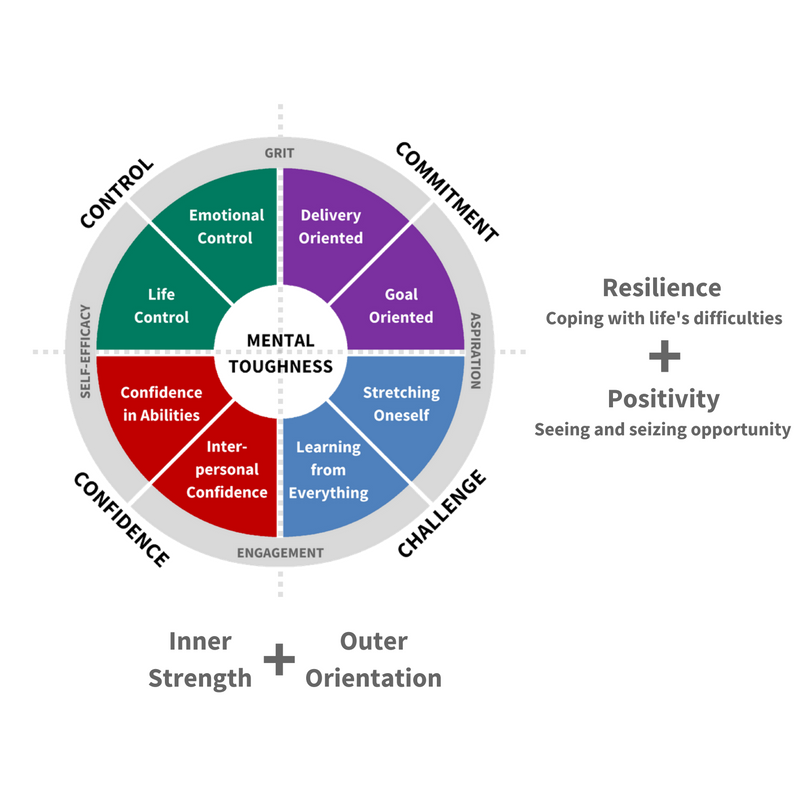 They say a picture is worth a thousand words

As our understanding of the Mental Toughness model and framework grows we learn more about its connections with other important ideas in personality and people development. One challenge is to describe it and its relationship with other ideas as simply as possible.

The above image is the first of those responses.

The 4Cs of Mental Toughness can be arranged as shown.

The Control element describes the extent to which the individual thinks they are in control of their circumstances. The two sub-elements are

The Commitment element describes “stick-ability” which has two components:

Together Control and Commitment form the basis of Resilience – the ability to persevere in spite of setback and difficulties.

The Challenge element adds to this notion. Challenge describes the extent to which you see the world fill of opportunity as well as threats. Again there are two sub-scales.

Finally the Confidence element describes self-belief. The subscales here are:

Laying the subscales out like a segment of an orange allows other pictures to merge.

Emotional Control and Delivery Orientation can be seen as the core elements of Grit.

It’s not difficult to see Goal Orientation and Stretching Oneself as core elements of Aspiration.

Similarly Engagement comes from Interpersonal Confidence and Openness to Learning and

Self Efficacy is a function of Life Control and Confidence in Abilities.

This is not to say that these are all that these ideas embrace but the sub-scales of Mental Toughness do seem to align neatly with some popular ideas and help to join them up in a way that is worthwhile to users.