If Mental Toughness Was A Sporting Team Who Would It Be? 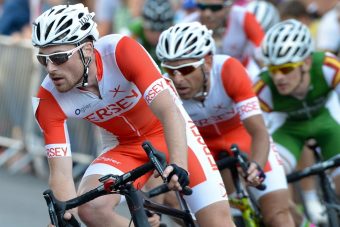 It was one of those many passionate but ultimately pointless conversations about sport that us males indulge in.

If mental toughness was a sporting team who would it be?

We were discussing the qualities of mental toughness we valued – the never say die, backs to the wall, resilience required to defend our goal together with the belief in our culture and our processes and the confidence to make the most of our attacking opportunities. We agreed that the foundation of strong leadership and a positive and accountable culture was crucial as well as the consistency and reliability throughout matches as well as across multiple seasons.

We appreciated the ability to manage emotion and be able to make the right decisions and execute properly in the heat of the moment. We looked for the collective desire to be the best one could be and the ability to constantly extend comfort zones to build capability and proficiency.

I’m a passionate Sydney Swans fan so I’m talking AFL whereas my kiwi mate is a staunch follower of the rugby union code and his beloved All Blacks. We both love association football (soccer in the US and Australia) though, so the Invincibles of Arsenal and the Sir Alex Ferguson inspired Manchester United were always going to be considered.

We briefly mentioned the Melbourne Storm rugby league team, the Tour de France cycling teams and the New England Patriots but our one-eyed passion brought us back to our favourite football codes.

I led with the Sydney Swans, one of the 18 professional sides in the AFL (the Australian Football League). For the uninitiated, Australian rules football is the indigenous football code. There are 18 players a side on an oval pitch who run, kick, catch and tackle for nearly 2 hours. It is hard and uncompromising but incredibly skillful and at times graceful as players leap to catch the ball. The players’ stamina, courage and tenacity is breathtaking and for those reasons alone could represent the best of mental toughness.

However, the reason I support the Swans, who along with Geelong and Hawthorn, have been one of the most successful teams in recent times, is because of their team culture. They are all about honesty, humility, responsibility and accountability and we borrowed their “no dickheads” mantra at Ambition, my old firm.

Jude Bolton a recent former player whose character and play epitomized the on and off the field Swans explains further.

“It’s about players, playing for each other, never saying die, and strong off-field standards are its hallmarks. It is a culture of open and honest feedback”

I think the Swans are at their best with their backs to the wall. Down on the scoreboard, with minutes ticking away on the clock, they will always put up  a fight. They are resilient and will invariably bounce back as they are confident in their own abilities to go on and win matches they should really lose.

Meanwhile for his nomination, my mate looked across the Tasman Sea to the All Blacks, the National rugby union team representing New Zealand. I agree they are the most successful sporting team on the planet over the past 100 years, with a win record of 78% and their culture, some of it modeled on the Swans ‘No Dickheads’ policy, has led to two consecutive Rugby World Cup wins. The re-calibration of the All Blacks culture after some notable losses on the rugby field was well documented in the marvelous book called ‘Legacy’ by James Kerr which is is a must read for anyone interested in effective leadership.

The All Blacks are famous throughout the sporting world for their toughness, which begins with their ‘haka’ war dance performed before each match but is also characterized by their ability to perform their drills under pressure and to perfection at match time. Generation after generation they produce leaders and world best players, who when the time comes, gracefully make way for the next wave of leaders and iconic players.

As I write this post their latest challenge to their culture comes not from a rival team but from poor behaviour from within the camp. It will be interesting to see how the dressing room reacts and whether the fall out affects their reputation and standing with the public at large.

We argued back and forth and couldn’t separate the Swans or the All Blacks so tried our hand at two mentally tough football teams.

We began with Arsenal, The Invincibles of the English Premier League in the 2003-04 season where they won the Premier League without a single defeat. Over the 38 games played, their league record stood at 26 wins, 12 draws and 0 losses. I agree it was a talented team well managed by Arsene Wenger, but I argued more strongly in favour of Sir Alex Ferguson’s 1998-99 Manchester United football team which won the rare footballing treble – the FA Premier League, the FA Cup and the European Champions League.

This team were famous for winning matches in the closing minutes of a match, which became known as “Fergie time” after their charismatic manager. This was epitomized when they were down and almost out in the FA Cup semi -final replay as Arsenal striker Dennis Bergkamp had a last minute penalty saved by Peter Schmeichel. They then went on to win in extra time when Ryan Giggs scored the winning goal, intercepting a pass near the half way line, before taking the ball past five Arsenal defenders before scoring.

They went on to win the final against Newcastle United to achieve the domestic double before taking on Bayern Munich in the Final of the European Champions League in Barcelona. Bayern scored a goal and hit the bar twice and seemed comfortable winners as the match entered injury time. Incredibly United scored two goals in as many minutes to win the match and win the treble.

This was Mental Toughness : resilience and confidence all over.

We couldn’t agree on the one team that epitomizes mental toughness and of course all the teams mentioned are good choices.

My pick was/is the Sydney Swans but who would you pick if mental toughness was a sporting team?