Which Motivation Is More Important For Your Success? 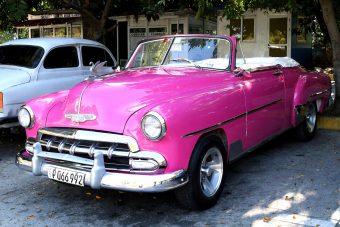 THE DIFFERENCE BETWEEN INTRINSIC AND EXTRINSIC MOTIVATION

When I started out in my recruitment career I was ambitious and internally driven to succeed. However I was also motivated by the lure of a new company car, a 1984 VW Sirrocco, silver with tinted windows no less and very cool, quarterly bonuses and a potential move to Sydney from Manchester.

So, what is the difference between intrinsic and extrinsic motivation and which is more important?

As it suggests Intrinsic Motivation comes from inside a person rather than from an external source.  They are motivated by the sheer enjoyment and sense of satisfaction of working on a task and its eventual completion. The work is not done for payment or reward and it doesn’t matter if there isn’t one.

For example some students are intrinsically motivated because they enjoy the research and homework for the love of learning and not for the grade they’ll receive.

Factors that promote intrinsic motivation include:

Extensive research has shown that intrinsic motivation is what people will do just for the love of doing it.  They’re not working on the task or job to receive any form of external inducement.

In contrast Extrinsic Motivation is one of the oldest and most common forms of motivation and simply stated, when we experience extrinsic motivation we expect to be rewarded.

A more formal definition refers to motivation that’s derived from outside a person.  The motivating factors come externally usually in the form of rewards such as money. It is the reward that provides satisfaction from completing the task and not the pleasure of doing it.

A person who is motivated extrinsically will work on a task even though they may hate what they are doing because of the anticipated reward.  Extrinsic motivation has been called crude and rudimentary but it’s still probably one of the most effective types of motivation . It’s criticised because it focuses on the reward and not the action.  But, studies have revealed that if you withhold the reward the action stops.

Usually the need to get paid is the extrinsic motivation –“needs must” as the old saying goes.

Extrinsic motivation negatively affects one’s desire to do a good job and one’s self esteem and yet we experience this  type of motivation daily in everything we do.  Supermarkets buy our loyalty with point cards, specials and discounts instead of simply offering exemplary service and low prices.  It’s the same with airlines that offer air miles and companies that use bonuses and commissions as motivation to fly or work with them.

Fear of being fined or penalised is also a form of extrinsic motivation.  We’re told to not smoke or we must wear seat belts and we obey these demands for fear of receiving a fine.  The reward comes for doing what we’re told and not because they’ve instilled in us the desire to do these things because they’re good for us.

So which is more important  ?

In reality we need both intrinsic and extrinsic motivation for our long term and sustained gratification and success and the balance will vary through specific projects and tasks as well as through our circumstances.