Why Your Positive Mindset Is Good For Team Motivation 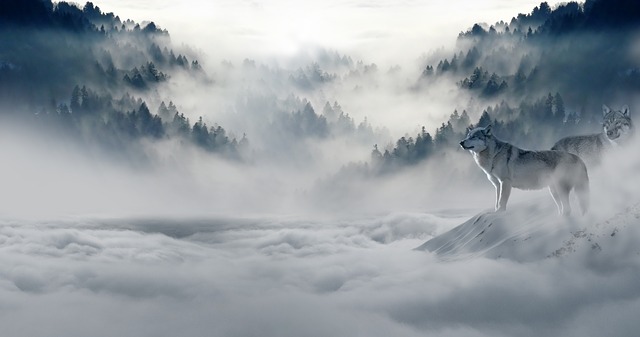 The way you think determines the way you act. For this reason, it is important that you can control your mindset and manage the way you behave and impact on other people.

Whatever you are feeling and so thinking, it is helpful to maintain an approximately consistent demeanour. Of course, there are times when you want to show some emotion but it’s important to be able to control when, where and how much.

Developing a default positive mindset is advantageous because you are then broadly only managing your negative feelings and thoughts.

The importance of this is magnified if you are a leader because your mindset can wholly and completely determine the mood and can impact team motivation.

Your team, sometimes consciously and always subconsciously, watches for your moods to sense where you are at mentally, which then guides their own mindset and behaviour.

If you are positive and in an ‘above the line’ mindset (the simple but supremely effective ‘Oz Principle accountability model developed by Roger Connors, Tom Smith and Craig Hickman) then your communication and interaction with your team will much more likely be framed in a reasoned balanced or positive way.

Your team members will be more engaged, energised and much more motivated to do a good job.

However, if you are in a ‘below the line’ state and mindset then your team will take this cue and respond defensively, “walking on eggshells” and being careful with their behaviour. They are less likely to communicate freely or show positivity lest they aggravate you in some way. They will feel far less engaged and energised or motivated to do the best job they can do.

This may seem obvious but many leaders and managers are oblivious to the effect their moods or negative mindset can have on team motivation and productivity.

I have observed this many times in my career both as a colleague and a leader and we use the MTQ48 4C’s mental toughness framework and the psychometric tool to measure mindset under varying conditions and then develop techniques to manage emotions.

I was interested to read a recent article by Stephanie Vozza in the excellent Fast Company magazine which highlighted research revealing that team motivation and being a successful leader is more about ‘mind over matter’.

More from Stephanie below:

Effective leaders don’t have to be charismatic or possess a grand vision but a certain mindset is required. Research from Michigan State University (MSU) found that being a successful boss was more about mind over matter. The study, published in the journal Organizational Behavior and Human Decision Processes, found that a leader’s focus, or mindset, affects his or her own behaviour, which in turn affects employees’ motivation. And the good news is that your mindset can be changed to produce certain outcomes from workers, from creativity to loss prevention.

“Effective leadership may be based in part on a leader’s ability to recognize when a particular mental state is needed in their employees and to adapt their own mental state and their behaviours to elicit that mindset,” says Brent Scott, MSU professor of management and study co-author. “Part of the story here is that you don’t have to be Steve Jobs to be an effective leader. There is no one-size-fits-all approach to managing.”

“The motivations of managers are contagious and ‘trickle down’ to their subordinates,” writes Russell Johnson, MSU associate professor of management and study co-author. “Thus, if managers are unhappy with how their people are approaching work tasks, the managers might actually be the ones responsible for eliciting their motivation in the first place.”

“The central phenomenon is what is called ‘shadow of the leader,’” he says. “We are all shaped from childhood by authority figures in our lives. That begins with parents and carries on to bosses. So to create more innovative employees, leaders need to model the desired behaviours. It just so happens that promotion focus leaders naturally exhibit the right behaviours, having a growth mindset.”

To cast a shadow of innovation, shift your mindset by shifting your mood, says Senn. “Work on being curious versus judgmental with ideas, situations, and people,” he says. “Let go of certainty and be open to other points of view. Trust in your people more and give them more latitude. Provide appreciation for all new ideas and achievements of employees. And loosen up a bit and try more new things knowing all won’t work.”

While promotion and prevention focus are different, one type of focus isn’t always better than the other. There are times when you need a prevention focus to minimize mistakes and hone in on details.

“A leader who wants to prime a promotion focus might talk about ideals, such as ideal work, ideal team, ideal performance, as opposed to painting a bleak picture of what would happen if goals are not reached or by constantly talking about employees’ responsibilities or obligations . . . A leader might prime a prevention focus by constantly monitoring their employees or teams for deviations from expectations. He or she might also frame situations as potential losses or emphasize job responsibilities, regulations, or deadlines.”

Knowing how and when to use these mindsets can be an effective way to drive performance in your company. A sweet spot for managing may be what’s called “contingent reward behaviour,” which brings in both a promotion and prevention focus–emphasizing gains and providing both positive and negative reinforcement based on performance, according to the MSU study.

“The contingent approach is quid pro quo–if you do this, I’ll give you that,” Scott writes. “It’s not sexy like transformational leadership, but it’s something that just about every manager can do because it doesn’t require you to ooze charisma.”