Being Productive At Work – 6 Expert Tips 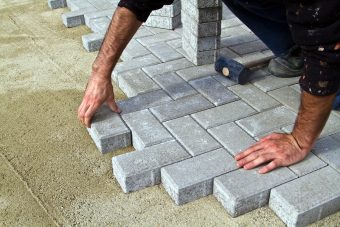 At this time of the year there are plenty of posts on new goals and resolutions but the New Year is only a change in the calendar unless we back it up with a change in habits and behaviours. I read a useful article on being productive at work by Rich Bellis in the excellent Fast Company magazine and selected 6 expert tips, which I think are both different and useful.

6 TIPS ON BEING PRODUCTIVE AT WORK

“This past year, my work became infinitely more complex,” says Brigid Schulte, author of “Overwhelmed: Work, Love and Play when No One has the Time”, who now directs the Better Life Lab at the think tank, New America. Her solution? Scrapping her long, unfinished to do lists and replacing them with a single daily goal.  “By acknowledging I had limited time, limited bandwidth, and too much to do, and forcing myself to choose just one thing and getting it done every day, I wound up accomplishing some of my most important goals,” she says. 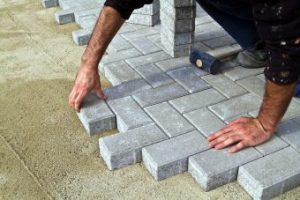 “Productivity is really about what you don’t do,” says Jocelyn K Glei , author of “Unsubscribe: How to Kill Email Anxiety , Avoid Distractions and Get Real Work Done”.  Glei proposes listing six to 10 things “that you commit to not do in 2017 because they are keeping you from focusing on your best work.” Think of them as your anti-resolutions, she suggests—”things like not sleeping with your smartphone in the bedroom, not opening your email first thing when you arrive at work, or not checking social media before lunch.”  Psychologist Tomas Chamorro-Premuzic backs her up by emphasizing that “saying ‘no’ to irrelevant tasks, or outsourcing them” is the real secret to productivity. “Realize what you love and do well, and focus on that.”

Behavioral scientist David Hoffeld prefers “preloaded decisions that link a behavior with an external reference,” which researchers in his field have found can increase the likelihood of completing a task. These “action triggers” are simple formulas, Hoffeld explains: “When X happens, I do Y”.  While working on his latest book Hoffeld would decide earlier in the day to do some writing after putting his kids to bed, and “then when that time came, I simply sat down and wrote for a few hours,” he says. “Preloading this decision and connecting it to an environmental stimulus enabled me to avoid decision fatigue, and gave me a boost in productivity.”

We waste inordinate amounts of time just yapping, says writer and designer Lisa Baird. “Conversations get so much further, so much faster when you close your mouth, open your ears, deprioritize your own agenda, and truly understand someone else’s.”  That matters more as organisations get flatter, says Baird. “Today’s consensus mode of doing business, where everyone has veto power, makes the notion of ‘stop talking’ a crucial productivity tool if you want to design or ship anything at all.”

“Stop talking’ is a crucial productivity tool if you want to design or ship anything at all.”

How? “Ask open-ended questions, but sparingly,” she cautions. “Speak just enough to get the ball rolling, then be quiet. Suffer silently through awkward pauses.” Baird admits “this may feel a little weird, since most of us view productivity as doing, doing, doing.” But it’s the most efficient method she’s found for “moving from thought to action,” especially on teams.

“The more I walk, the more ideas I have,” says Ellevest founder and CEO ,Sallie Krawcheck, opting for a low-tech productivity approach. “I put on some well-worn background music—so I only half pay attention to it—and go. Sometimes I get only an idea or two, but sometimes they come fast and furious and I’ll stop repeatedly to write them down.”  These impromptu solo brainstorms have proved surprisingly fruitful. “I can come up with four to eight ideas for newsletter updates, business initiatives, website improvements, people I should connect—you name it—over a four-mile walk.”

“Some think that stopping work on a project is a failure,” says Viv Goldstein, leader for global innovation acceleration at GE, but backing away when you’re no longer adding value is crucial. “Don’t be afraid to stop work,” she says. “It creates capacity to work on things that truly matter and ends up saving time, energy, and resources.”

“List six to 10 things that you commit to not do in 2017 because they are keeping you from focusing on your best work. Think of them as your anti-resolutions”

This includes mental resources that can ebb and flow. Allen Gannett, CEO of the marketing analytics company TrackMaven, says that just being “willing to switch between projects to match my mood, I get much more done in a typical day.  “For example, if I’m working on a client presentation and I start to notice my attention waning,” Gannett explains, “I’ll go and answers emails for 30 minutes rather than just sit there pretending to continue working.” He hasn’t given up for good, just for the time being. “Usually by the end of that time, I’m ready to dive back into the presentation—and I got a dozen emails done” in the meantime.

For the full list from Rich Bellis, read his article