Six Ways to Deal With Rude and Aggressive People 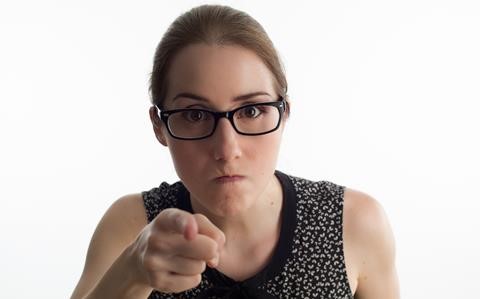 Rude and aggressive people are everywhere. They are abusive and dismissive, use insults like normal people use complements, they interrupt and are often poor listeners.  Sometimes they are oblivious to their behaviour and how their approach impacts on others. Those that are aware, actively use their rudeness as a tactic to unsettle and bully those people around them into agreeing to their preferred course of action. They are unpleasant and often debilitating to those around them that are unprepared or reluctant to tackle them. Abusive people can make you feel apprehensive, uneasy and sick in the stomach when you have to deal with them.

Here are 6 ways to deal with them

1. GAIN STRENGTH FROM YOUR SELF-ESTEEM

Your self-esteem is the foundation stone of your mental toughness. The more you can learn to love and respect who you are and what you stand for, the more comfortable you can feel in your own skin, the less likely you are going to feel bullied or pushed around by someone else. Developing self-esteem takes courage and experience but in time it will become your first line of defence.

Learning to stay calm and avoiding being goaded into an emotional reaction is critical to avoid ceding the upper hand to the other person. They are seeking an emotional response so you want to present as detached and objective. This can be difficult if you are feeling the adrenalin rush preparing you for “fight or flight” but you need to learn to find a ‘circuit breaker’ to lead your emotions away. This can take some trial and error but can include, counting to ten internally, walking away, taking a deep breath or focusing on what is being said rather than who is saying it. It also takes courage and resolve especially if the other person is physically intimidating but even a small ‘win’ this time will give you added confidence to handle similar situations more effectively in the future.

Another benefit of staying calm and composed is that it enables you to proactively respond rather than negatively react.  Feeling calm, in control, thinking and acting from a position of strength rather than being out of control and trying to recover from what you have said or done will help you think through a better way of handling the issue. One way to ensure that you respond rather than react is to put yourself in the rude person’s shoes for a moment. By empathising  with them you can often diffuse the situation, as they then don’t have any opposition to their case. In effect what you are doing is understanding their position to the fullest rather than agreeing with them.

4. PUT THE PRESSURE BACK ON THEM

Once you have empathised with them, put the pressure back on them by calmly pushing them for a solution. Difficult and aggressive people try to make you feel uncomfortable or inadequate by putting you down and focusing on what they think you are doing wrong instead of being collaborative. If you can calmly and repeatedly ask them constructive and probing questions about how they can solve the problem may disorientate them sufficiently to dissolve the situation.

5. STAND YOUR GROUND AND STICK TO YOUR FACTS

It can be difficult to stand your ground if you are being physically intimidated but, as much as you can, don’t cave in to the pressure and stick to your beliefs, rather than being drawn into an emotional reaction or bullied. Any bystanders as well as the bully will notice your renewed strength.

This is as much a general as specific piece of advice but as much as it’s frustrating to do so, sometimes the easiest and most efficient approach is to save your energy and mental anguish by walking away or avoiding the conflict altogether. Over time you’ll learn which battles to pick a fight on, generally those that are most important to you on a matter of principle, and which you should leave well alone, i.e. those that are less important or outside your control.

Mental toughness is a great trait to develop and most successful people have it because it helps them manage their work and daily life better, including dealing with rude and aggressive people.