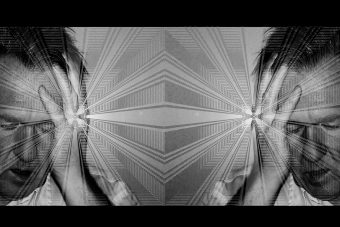 “the personality trait, which determines in large part how people deal effectively with challenges stressors and pressure… irrespective of circumstances”.

In this post Melanie Greenberg a California based expert on managing stress in life, work, and relationships discusses proven strategies from neuroscience, mindfulness, cognitive-behavioral approaches, and positive psychology that will help you to stay mentally tough. Her new book, The Stress-Proof Brain, was recently published in the US.

HOW TO STAY MENTALLY TOUGH WHEN YOU FACE DIFFICULT STRESSORS

Stress is on the rise! In the latest (2015) version of the American Psychological Association’s Stress in America survey, 78% of respondents reported at least one symptom of stress (like feeling overwhelmed) and 34% reported increases in stress since the previous year. For many stress caused mental health problems like worry or depression, difficulty sleeping, or unhealthy behaviors. One-quarter (25 percent) of those employed report snapping at or being short with co-workers because of stress. If you can’t handle your stress, you are at risk of sabotaging your health and damaging your relationships at work or with customers, which will interfere with your longer-term success.

Calming down your stressed out feelings is only one aspect of managing stress and it may not be the best strategy for every situation.  To most effectively master stress, you need to be self-aware about your own reactions. You also need to be able to focus and think clearly about your values and goals and to sustain attention and motivation in the face of roadblocks and failures. Finally and most importantly, your mindset about stress makes all the difference. Learning how to reframe stress more positively – as a challenge with potential for growth and learning – can help you feel more confident and excited about the possibilities. Building the four qualities of mental toughness: emotional competency, resilience, willpower, and attitude can set you up for success when stress inevitably hits you!

Stress sends your brain into “fight or flight” mode, which sets into play a cascade of neurotransmitters and hormones like adrenaline and cortisol. This response is very rapid and sometimes occurs before the conscious parts of the brain even know what’s going on. “Fight or flight” can trigger impulsive, behaviors like screaming at co-workers because your body is gearing up to fight a threat. This is where emotional competency comes in. You can’t stop “fight or flight,” but you can learn to identify when it’s happening and take a mindful pause before reacting automatically. Being mindful means being able to notice and describe what’s happening in your mind and body – observing rather than absorbing the stress. Mindfulness enhances your emotional competence because, over months and years, it actually changes the parts of the brain involved in the stress response. It also helps you find a more compassionate view of the situation, which helps you feel less stressed. Practicing mindfulness meditation can help strengthen this response.

Resilience is another part of mental toughness that can help you deal more effectively with stress.  One aspect of resilience is “grit,” a concept defined by researcher Angela Duckworth. Grit means being able to tolerate discomfort and setbacks because you are driven by your passion for long-term goals.  Research studies in college students, salespeople, and Westpoint cadets shows that grit is just as or more important than intelligence and mental ability in determining long-term success. To build grit, you have to know what values and goals are most important to you and why. Stress makes you reactive in the moment, but grit can help you step back and take a long-term view. Think about your passion for building your business or your organization’s mission and let that empower you to plough through the difficulties.  In one study (Brooks,2014) subjects who felt anxious about public speaking were told to relabel their anxious feelings as excitement while another group was told to try to calm down.  Those in the “excitement”group felt more excited and actually performed better at the speaking task. The anxiety and adrenaline surges involved in “fight or flight” can actually fuel performance if they are managed effectively.

One of the challenges of the stressors we face these days is that they can be chronic and that the outcomes are often at least partially out of our control. Retaining customers, making sales, and getting promotions involve making consistent effort to work hard and build relationships over long periods of time. This is where willpower comes in. Staying organized and focused on your goals means being able to manage your body’s “fight to flight” response so it doesn’t “hijack” your brain’s attention.  Time spent worrying about things you can’t control can be counterproductive and get in the way of getting things done.  Willpower means that you learn to direct your brain’s focus of attention, rather than letting automatic stress reactivity distract you. Willpower does not occur in a vacuum – you can deliberately organize your environment to sustain willpower (e.g., by programming reminders into your phone, having a vision board,  or putting your running shoes where you’ll see them).

Research shows that your attitude towards your stress can have as much influence as the actual events in determining how well things turn out.  In a study by Crum, Salovey, and Achor (2013) the researchers used a questionnaire to assess whether people saw stress as damaging or as having some benefits.  Those who saw stress as damaging were more likely to focus on avoiding feeling stressed, which led them to miss out on opportunities to learn and grow. In their study, students who saw stress as damaging were less likely to want to hear feedback after they gave a speech. In another study (Keller et al., 2012), people who saw stress as damaging their health and who also experienced a lot of stress had a 43% increase in premature death. In a third study, participants who were able to reframe their stress reactions as functional had an improved cardiovascular response to stress and were less likely to think about negative aspects of the situation (Jamieson, Nock & Mendes, 2012). The take home message is that you need to think of your body’s stressful arousal as gearing yourself up for a challenge you can master, rather than something that threatens to derail you.