Teamworking and the TWOI 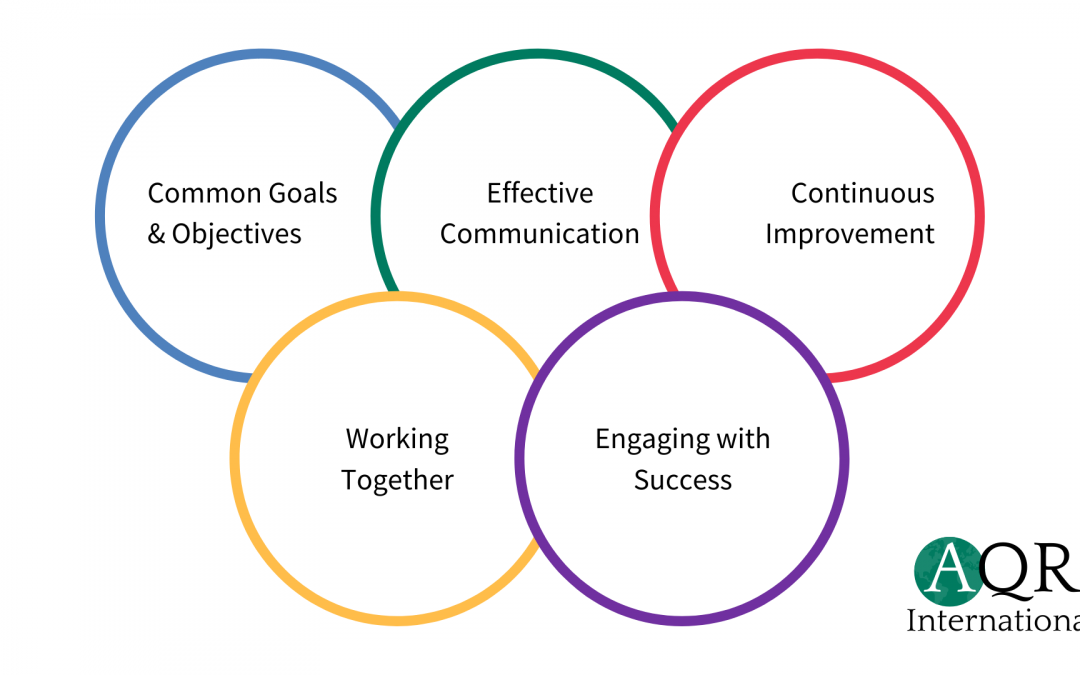 The origins of, and development of, the TWOI concept.

In the 1990s, AQR International (known then as TCA Consultants) developed a teamwork development program that was, in its day, considered to be innovative and proved to be highly effective.

Teamwork development had become popular and many providers emerged. However most focussed on only some aspects of what made a team effective – most often this would be team dynamics and communications which are related to one another.

Having developed a very successful programme in Castrol, we had come to realise that there were other elements to consider.

Accountability was a prime factor. The idea that team members should accept responsibility for the team’s performance and understand their role in providing leadership to one another. Conventional programmes often saw Leadership as being vested only in the team leader or in some role outside the team.

Another factor was culture. It was difficult, very often impossible, to develop team working if the prevailing culture and environment did not support it.

This was a key development. Our programmes saw teams as more than just my immediate group in my office or department. The organisation was also a team. If this wasn’t recognised and the culture didn’t support it then no matter how good my immediate team is, the organisation can still fail because people didn’t work effectively across or the organisation. Of course, this was often understood, but it was rarely addressed.

So teamwork development programmes had to be introduced top-down. Senior leaders needed both to understand what they were demanding of others and had to be role models whilst championing and mentoring team working behaviours.

Team working is also a fairly complex activity. There are many types of teams and even where teams were of the same type and in the same organisation, each team would likely need to have its own set of needs met in order to be successful. Of course, there are many similarities too.

This meant that the “one size fits all” approach offered by most training and development organisations rarely delivered sustainable results although delegates would often enjoy the learning. The fun element of much of this training would create a sense of “success” which could mislead.

Similarly, evaluation relied heavily on delegates opinions of the programme on impact and hardly ever on causality. Causality means showing that you have changed something within the team and or the individual which can be reliably shown to have an effect on impact.

In the 1990s AQR worked with well over 1000 teams covering 15 – 20,000 people for major organisations such as Unilever, Champion Spark Plugs, AP Lockheed, Inland Revenue, Rank Hovis McDougall, Kelloggs, British Rail, Quinton Hazell, Salter Weightronix, etc as well as many SMEs. By the mid-90s it’s work had featured on BBC TV where Prof John Adair described it as “highly unique and highly effective”.
One of the key features of the AQR approach and the programme design was that every single workshop would begin with a structured diagnostic exercise. Usually some form of SWOT analysis where team members were asked to identify the strengths and weaknesses in their teams and prioritise these for attention. Workshop attendees would also provide an assessment of the impact of these issues/factors on important outcomes.

The rest of the programme content was capable of being flexed in response to what emerged in this exercise. The output also provided the basis for some form of reflection on and evaluation of the success of the programme.

At the same time, AQR would analyse this data to identify what could be learned about team working – trends, the emergence of common issues, etc. At that time AQR had, within its team, a young psychologist, Peter Clough, now Professor Peter Clough, who collaborated in this exercise

It proved to be illuminating.

It emerged that, although many teams had specific issues or concerns, virtually every team was concerned with a core number of common factors.

What emerged was that there were 5 aspects of team working which appeared in every analysis. These were:

1. The extent to which team members understood the team’s goals and were prepared to work towards those common goals. Sometimes this picked up alignment with the organisation’s goals and the extent to which all teams shared this understanding.
2. The approach to dealing with problems and issues. Did teams understand that they could deal with most and not pass them on to others? Were teams proactive about improvement activity seeking to anticipate problems and examine their own workings?
3. The extent to which the team recognised and understood the strengths and limitations of its members and organised itself to optimise this. This included managing conflict and differences.
4. The extent to which the team recognised what success looked like and that success embraced outcomes and enablers. This included the extent the team would recognise and celebrate success both for the team and its individual members. This was important for developing and supporting motivation. It also correlated closely with the work of Abraham Maslow.
5. Finally, Communications. The extent to which team members engaged with each other. Both in terms of sharing ideas and information as well as actively listening to each other to make the most of this.

The next step was to develop an (ipsative) inventory, a questionnaire, which could efficiently and consistently capture a team’s views about itself in terms of the 5 factors.

This is the origin of the TWOI. This provides a mechanism whereby team members can capture information, consistently, to provide a picture of the state of team working, in terms of these factors. Usually completed and collated before a team development activity this would be built into the initial diagnostic work which was a feature of AQR’s programmes.

It proved to be very useful, both for diagnosis and for evaluation. The resource has now been enhanced to use an online platform to capture this information efficiently and anonymously. This anonymity also proved useful because, sometimes, team members could be reluctant to express all views in an open SWOT session.

Importantly the process was sufficiently structured and simple for managers and team leaders to be able to repeat this at intervals after a development programme as a way of monitoring team working and a platform for continuous improvement activity.

The 5 factors integrate well with other aspects of team working – processes, skills and techniques as well as team leadership.

In particular, it integrates well with a parallel AQR development – mental toughness – which examines the underlying attitudes within the team and its members. This too has an impact on team effectiveness.

TWOI focuses on activity and behaviour, MT focuses on mindset and attitude.

The TWOI is an ipsative instrument. Its principal objective is to provide a structured way of getting a team to think about key aspects of its behaviour.

Organisations can usefully develop benchmarks within an organisation but it is much more difficult to compare outputs when teams come from different cultures even in the same sector.

Nevertheless, the TWOI is a useful instrument for teams seeking to improve their effectiveness and to monitor their behaviour around some core factors. There are limitations, these are known, as there are with all diagnostic instruments of this type. Provided these are understood and acknowledged, TWOI makes a useful contribution to the development of an important aspect of organisational behaviour.

In the next article, we focus on the relationship between Mental Toughness and Teamworking and how attending to the former can make a difference with the latter.