Turn Negatives Into Positives – How To Be Lucky 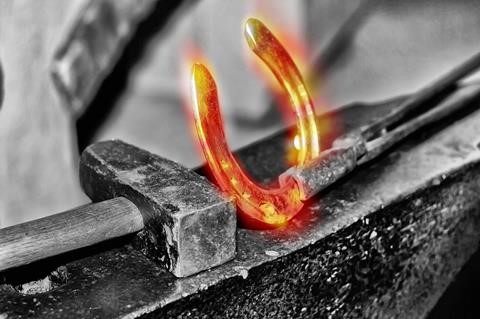 My father often used the phrase “fortune favours the brave” and from a similar vintage, golfer Gary Player was quoted as saying “the harder I work the luckier I get”. As a result I grew up knowing that people who do things and make things happen are often in the right place at the right time to “get lucky”. I was therefore interested to read in Fast Company magazine about London based mind coach Stephen Simpson who works with professional golf and poker players, helping them attract more luck in their lives and turn negatives into positives. He believes luck can be learned and increased especially if you have an open mind.

“If you open yourself up to the concept of luck, it often seems to find you,” he says. “A closed mind is one of the worse mindsets to have.” Through his research, he’s discovered that lucky people have similar practices and beliefs. “A lot of these people do it unconsciously or had parents who were inspirational,” he says. “Others work at it.” Whether you consider yourself to be lucky or not, there are things you can do to bring more health, wealth, happiness, and success into your life.

Here are three activities suggested by Simpson that set the stage for lucky breaks:

1. Work on developing your intuition

The most important secret to being luckier is developing skills of intuition, says Simpson. “Intuition, like any other skill, can be improved with practice,” he says. “Poet and author Robert Graves knew its value when he said, ‘Intuition is the supra-logic that cuts out all the routine processes of thought and leaps straight from the problem to the answer.’” Instead of fussing with poker chips or worrying about the other players, Simpson says lucky poker players listen to their gut feelings. “The next step is trusting your intuition and acting on it,” he says. “Very often, when I talk to poker players, they say that their first feeling often turns out to be the right approach.”

2. Set goals you can control

A lot is written about setting goals, but Simpson says most people don’t choose the right goals. “They’re too big and too far away,” he says. “Even though we would like to think otherwise, we’re all kids, and we would all rather have instant gratification.” In 2014, Simpson started coaching professional poker player Chris Moorman, who had a goal to earn more money. Moorman shared that he was irritated by the things people were saying about him, as well as the distractions that go on in a poker tournament, neither of which he could control, says Simpson. “Instead of setting a goal to earn more money, he set the goal of controlling his mental focus,” says Simpson. “He committed to giving every single hand his maximum attention to avoid mistakes. The amazing thing is that two weeks later, he won his first live event and over a million dollars.”

“In the business world, as in movies, the big breaks flow through contacts between people,” writes Max Gunther in his book, ‘How to get Lucky.’  “Not necessarily close friendships, just contacts–sometimes tenuous ones,” he explains. Your chances of getting a lucky break are in direct proportion to the number of people you know. Develop a network of friends and acquaintances at home and at work. Attend events with the goal of meeting one new person. “Luck flows along linked chains of people until it hits targets,” Gunther writes. Thor Muller and Lane Becker, authors of ‘Get Lucky : How to Put Planned Serendipity to Work For You and Your Business”  say this kind of motion is a basic element of serendipity. “To move is to shake things up, to break out of your routine, to find new ways to consistently meet new people and run into new ideas,” they write. “Motion does not discriminate based on experience, IQ, or educational background–it simply rewards energetic, spontaneous action.”