What Is Your Chronotype and Why Is It Important? 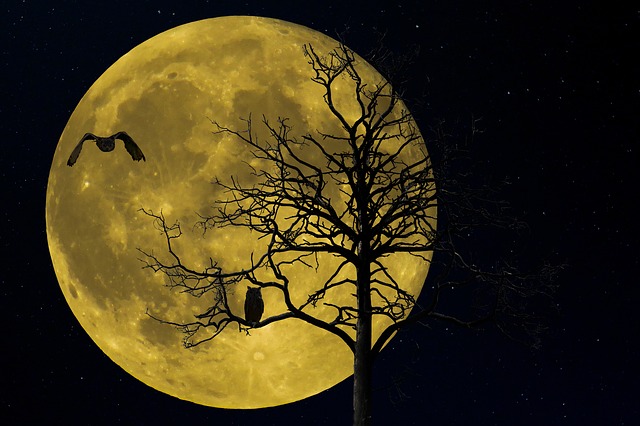 I was discussing with a client their most productive time of the day and why that was. For her it is late afternoon and evening, often culminating in her reading and writing well into the small hours. I am the complete opposite rising at 5 am and doing my best work in the morning. Our differences are due to our chronotype which has implications not only for our own personal performance and wellbeing but also team diversity and productivity.

WHAT IS YOUR CHRONOTYPE?

Your chronotype is your body’s preferred time for waking, sleeping, activity and rest through the individual programming of your 24-hour circadian rhythm. It determines when your body likes to sleep and wake, as well as the small peaks and troughs in physical and mental processes through the day.

Chronotypes are often classified as being morning, intermediate or evening. You will know from experience what your natural preference is, but you can also assess it through The Morningness-Eveningness questionnaire as well as blood tests that measure when your melatonin peaks and temperature dips overnight – this occurs at about 4 am to 5 am for early birds and 7 am to 8 am for late types.

In Thea O’Connor’s excellent article in the recent “In The Black journal” she cites some interesting views from different angles on the importance of chronotype diversity in the workplace.

Because people have different chronotypes designing a work day that suits the body clocks of both early birds and night owls is a smart way to boost workplace performance.

According to Dr Stefan Volk, senior lecturer at the University of Sydney Business School,

“Timing is everything, whether you’re trying to make great music or seize a market opportunity. Timing may also hold the key to creating happy and productive teams, through synchronising work schedules with employees’ body clocks.

The fact that people have different chronotypes is hardly recognised at work,” he says. “We talk about the benefits of diversity in the workplace in terms of gender, age, race or culture, but what about physiological differences?”

Volk would like to see leaders and managers go further than offering flexible hours and consider maximising a team’s potential by considering each person’s chronotype and the type of work the team needs to achieve.

In a recent paper he co-authored, “Chronotype diversity in teams”, published in the Academy of Management Review, Volk offers some examples.

In jobs that require sustained attention over time, such as the police force, nursing and safety surveillance, teams could benefit from having a mix of early and evening types, so there is always someone who is alert and engaged.

However, if team members need to be at peak performance at the same time to do a good job, such as surgeons performing an operation or managers making a decision, the work is best served by having people of similar biological clocks.

“Consider a meeting where you want input from each participant to make a key decision that can’t be reversed. If you are sitting there at a low ebb, your capacity to process information is compromised and that makes you prone to rely on bias, or rules of thumb, to make a decision,” he explains.

However, although different people have different chronotypes there appears to be a strong bias in the workplace in towards those early risers.

In 2014, researchers at the University of Washington Foster School of Business published research that found people associate the word “morning” with “conscientiousness”, much more so than “evening”.

The research also found that employees who elected to work an early shift (7 am to 3 pm) were rated by their supervisors as better employees than those who worked a later shift (11 am to 7 pm). Supervisors gave the early starters higher performance ratings.

“People perform at their best when they are working in sync with their underlying chronotype,” says Cunnington. “When they can’t do this, I’d be worried about decision-making, absenteeism and presenteeism.”

An informal approach to body-clock differences

Professor Drew Dawson, director of CQ University’s Appleton Institute in Adelaide, is an expert on biological rhythms and workplace fatigue. He is sceptical about the real-world application of these ideas.

He refers to attempts in Europe to allocate people to different rosters according to their body clocks.

“Because of the risk of being discriminatory, and the fact that people started gaming the system to get rosters that met their needs for child care or better pay, rather than their body clock, the union knocked it back.”

Dawson recommends an informal rather than a structured approach to catering to our body-clock differences. That’s how management and communications consultant Andrew Woodward worked with his team as general manager of marketing for the Gold Coast 2018 Commonwealth Games Organisation.

“I wanted to allow people to work when they felt most productive. One social media person was most effective between 2 pm and 10 pm, while one writer worked best early in the morning,” Woodward explains.

He established clear expectations, including that people would work 40 hours per week over four to six days, with common hours between 11 am and 3 pm, and at least one day off a week – then left his team to it.

“My staff loved it but some of my peers, who were conventional nine-to-five types, freaked out. Their staff wanted the same opportunity, but they weren’t allowed,” says Woodward, himself a morning type.

Dr Sean Cain, from the Sleep and Circadian Medicine Laboratory of the Monash Institute of Cognitive and Clinical Neurosciences, wants to stimulate more conversations about chronotypes and job-fit because of the serious implications of avoiding the topic.

His research adds a gendered lens to the study of our inner body clocks.

“Women are more likely to be early types than men, and early types become tired more quickly than late types, who appear to better cope with shift work,” he says.

He is concerned that women who become nurses and work a permanent night shift appear to suffer more acutely than men from the consequences of a mismatch between their body clocks and their roster.

“No one is talking about this or doing anything about it, for fear it may seem discriminatory,” he says. “We are letting injuries slide at the cost of having an uncomfortable conversation.”

Night owls tough it out

Of the people working day jobs, it’s the night owls who most concern sleep specialists.

People experience their strongest sleep signal about two hours before their natural wake time when their body temperature hits a minimum.

“Expecting night owls to participate in an 8 am meeting isn’t a great idea, for this is when they are likely to be experiencing their strongest sleep signal,” Cain explains. “However, if you let them work at times that are good for them, they’ll be just as productive.”

Sometimes, there is no possibility for flexible work hours. In that case, a person can reset their body clock through a program of carefully timed exposure to bright light in the morning, light restriction at night, and possibly some doses of melatonin – a hormone that regulates sleep and wakefulness. However, it can be hard work to maintain a timing different from your genetically determined tendency, according to Cunnington.

Jacob Aldridge, director of financial advisory at Business Depot is a “proud night owl” who knows the feeling. Several years ago, he committed a whole year to waking up at 6 am, morning running, and going to bed at a reasonable hour.

“The relief I felt when I reached the one-year anniversary was palpable,” he says. “I genuinely felt I had been tired for 12 months. The switch back to being a night owl has eased the tension in my body enormously.”

Aldridge is conscious of creating a workplace culture that supports those who start early, as well as those who arrive and stay later.

“In our business, we are not clock watchers; we use key performance indicators that give us a real measure of productivity.”

Who are healthier – larks or owls?

Being an evening type is associated with a higher health risk, including for conditions such as depression.

“This health risk is not only due to the higher levels of sleep debt experienced by late types, but also de-synchronisation: being forced to eat, drink, rest and be active at a time that is out of sync with one’s inner body clock,” says Dr David Cunnington from the Melbourne Sleep Disorders Centre.

Assuming night owls can get enough sleep and sunlight, they could be just as healthy, the rationale goes. This is at odds with Chinese and Ayurverdic traditional health systems that recommend everyone should rise close to dawn and go to bed by 10 pm for optimal health.