At What Age Do You Reach Your Mental Peak? 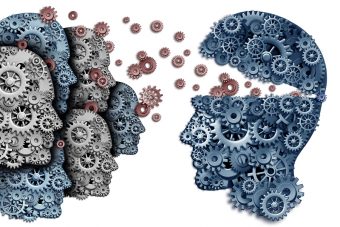 Well, like the sporting world it varies, depending on the mental task in hand.

According to researchers Hartshorne and Germine, in their 2015 paper ‘When Does Cognitive Functioning Peak?’ some cognitive functions peak when you are in your teens, others keep improving until your forties and some you reach the ‘summit’ when you’re in your 70’s!

“There’s probably not one age at which you’re peak on most things, much less all of them.”

In exploring at what age we reach our mental peak, Hartshorne and Germine sampled tens of thousands of people online using popular websites such as www.testmybrain.org  and www.gameswithwords.org. Their tests included looking at four unusual shapes and then judging from memory whether a fifth shape matched any of the previous four (a measure of visual working memory); learning symbol and digit pairings (known as “digit symbol coding”) or simply judging a person’s emotional expression purely from their eyes.

For those interested in the background research, the study revealed a good deal of consistency between this new data gathered online and comparison data collected 20 years ago with pencil and paper tests in the development of the Wechsler intelligence tests. This validates the use of the Internet to obtain massive samples of data on people’s cognitive abilities.

However, there was one notable exception, the new data suggests that vocab peaks about 15 years later than the Wechsler data.

To solve this anomaly, Hartshorne and Germine looked at vocab performance data collected repeatedly from the 1970s to 2012 from thousands of people in paper and pencil tests as part of a large social survey in the US. This showed that over time, people’s peak vocab performance is occurring later in life, which the researchers believe is because people are now exposed to more intellectual stimulation later in their lives.