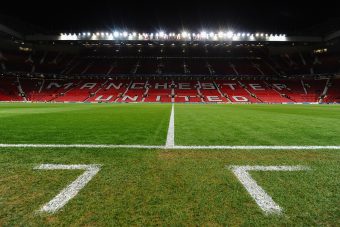 I’m a Manchester United fan and have been developing mental toughness of my own following the team post Sir Alex Ferguson.  Last night they won 4-0 in the 4th round of the FA Cup against championship side Wigan, whose manager Warren Joyce joined them this season from United after 17 years at Old Trafford, latterly as Reserve Team Coach.

In an insightful and entertaining article in the UK Telegraph, Joyce described how his coaching philosophy evolved in his days at Manchester United. Essentially he was developing mental toughness in his players, including Paul Pogba, now the world’s most expensive footballer, by teaching them to be mentally disciplined and to stay grounded. He wanted them to maintain their routines and habits of hard work and focus; to retain their drive to be the best they could be and not be distracted by outside influences such as ‘stupid haircuts’, fashion ranges and fast cars. He was building their character.

Pogba and other less focused players such as the wayward Ravel Morrison would do well now to use the 4C’s framework of mental toughness:

to become consistently and reliably good.

Watching Pogba from the Eastern end of my sofa I think he has lots of ability but he still doesn’t seem sure of who he is on the field and so isn’t in control of his game, let alone ‘the’ game.  He doesn’t seem focused on the task in hand and drifts in and out of passages of play. By not being ‘on his game’ he doesn’t build his confidence which exacerbates the problem. He needs help to develop his mental game to complement his undoubted physical talents. Perhaps he needs Warren Joyce back in his camp again. But what do I know? Much better to read what Warren Joyce thinks in the original article.