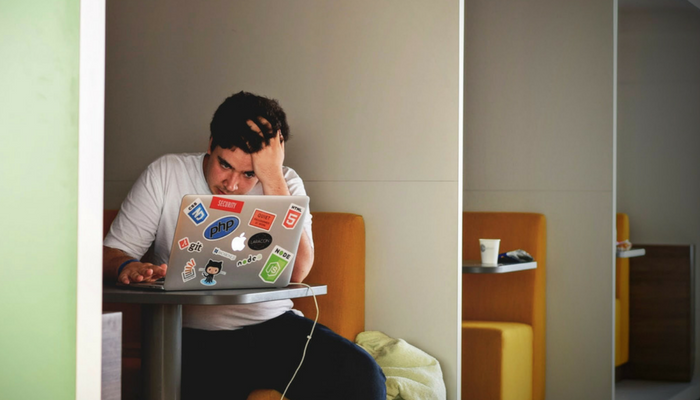 In almost everything we do we come across events and situations which we can regard as setback or failure. In extreme cases, some can be catastrophic – such as a business failure, or making a mess of something at work or at home or even a natural disaster such as a hurricane.

What we can generally always observe is that individuals respond differently. Some of us will respond by being flattened by the event. It stops us in our tracks and it seems to take a long time to recover if that ever occurs. We dwell on what has happened and take forever to get past it.

Others, on the other hand, seem to stop, reflect, put it behind them and move on quickly.

This has important applications for those in jobs which can be subject to frequent setback. Ask any salesperson, for instance. Out of 10 appointments, they may close 1 sale but get 9 rejections. If those rejections prey on their minds, their performance, wellbeing and positivity begin to diminish.

And in the 21st Century, there are many roles which are exposed to the possibility of failure and rejection – such as those in health and emergency services as well as contact centre staff and those in operations and delivery services … and all managerial roles.

It also matters in sport. If the opposition scores against your team, some will let that prey on their minds and you become potentially vulnerable to giving away another score. It’s vital to put setbacks behind you and get on with the game.

And, recently a number of studies report that some, who find themselves in traumatic situations, seem to have the ability to “self-heal”.

Dewhurst and his colleagues looked at the concept of Directed Forgetting which psychologists often describe as cognitive inhibition. This refers to the suppression of unwanted information in order to focus on new information. In other words the ability to stop thinking about something in whole or in part, consciously or unconsciously.

The study showed that mentally tough individuals are significantly better able to “forget” items on the first list and recall more accurately the items on the second list.

There was no difference in performance between those with high, medium and low levels of Mental Toughness when only shown the first list and then asked to recall the first list.

But there was a big difference when individuals were told to forget the first list and only recall the second list. Those who were mentally tough were much better able to do this.

This is thought to be a significant part of the explanation why Mentally Tough people can put adversity behind them and move on more quickly than do the Mentally Sensitive.

The studies indicated that the ability to perform such effortful restructuring in memory, and thereby prevent potentially distracting thoughts from undermining performance, is a characteristic of mentally tough individuals.

And this chimes very well with our understanding of the 4 Cs concept of Mental Toughness – especially the challenge, control and commitment elements.

Importantly the research showed that this was indeed the mechanism and that it wasn’t simply that mentally tough individuals had better recall per se. They did have the ability to suppress unwanted memories.

It seems that the mentally tough are better able to things to focus on the correct issues– “what is important”. Dealing with setback and unwanted distractions are behaviours that are valuable in every walk of life.

This has a number of practical implications for those involved in organisational and people development as well as in business development. If developing the so-called resilient and agile organisation is so important, and it is, then understanding the cognitive underpinning to mental toughness has a significant role to play in achieving this.