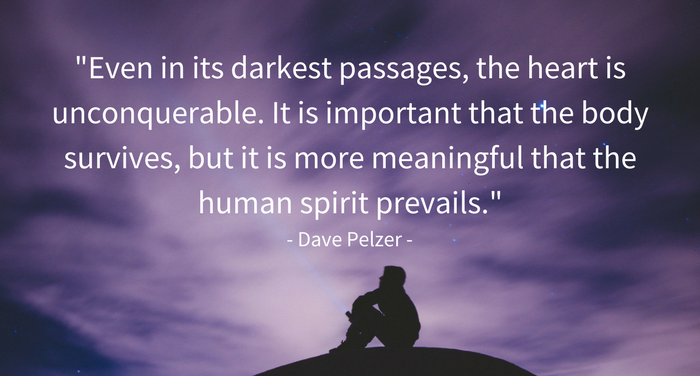 I am indebted to Marzena Jankowska for drawing attention to an interesting study she came across in the April 2011 edition of New Scientist which contained an interesting feature on Mental toughness!

This described the idea that most of us think that traumatic experiences must, by their nature, leave a lasting mental footprint – such as emotional scars, if not post traumatic stress syndrome. Meanwhile, research indicated something different!

George A. Bonanno of Teachers College at Columbia University conducted research on people who had lost a loved one, experienced war, terror or disease.

Immediately after the event, 30-60% of the people did NOT show any signs of psychological injury (such as sleep disturbance, excessive vigilance or obtrusive memories). After six months this percentage has grown to more than 90%!

They began research to examine those who appeared to recover well from the traumatic incident.

They suggested that for many, our stress response may have a built-in mechanism that not only soothes our nerves, but also helps healing.

There are many people around us who can be described as strong and mentally resilient. The question is what is significant about their way of thinking and acting?

Part of the answer may be found in the work of Dr Stephen Dewhurst and colleagues at Hull University (including Professor Clough) on Directed Forgetting and its relationship with Mental Toughness.

This is an important finding and has many applications in the workplace and in the world of sport and education. For instance, we will often face setbacks and failures in many aspects of our lives. Although they may not always be traumatic in nature, it is a valuable quality to be able to put setbacks into perspective, deal with them as positively as possible it and to move on quickly.

This appears to be what Mentally Tough individuals do. The Mentally Sensitive appear less able to put adversity behind them and often dwell on the adverse situation and struggle to move on and resume normal behaviour.

This research is continuing, not least because it indicates what might be the cognitive underpinning for the Mental Toughness concept as described by the 4Cs framework. Its also gathering interest because we need to understand better what Well-being means and how to mange mental health of staff and students.

And of course it’s consistent with our (and many other) definitions of Mental Toughness:

The important thing to note is that it may mitigate response to setback, failure and trauma in large part. We do not claim that it is a complete solution for such situations but it may well be a very important part of the solution.

Certainly it supports the idea of developing one mental toughness.