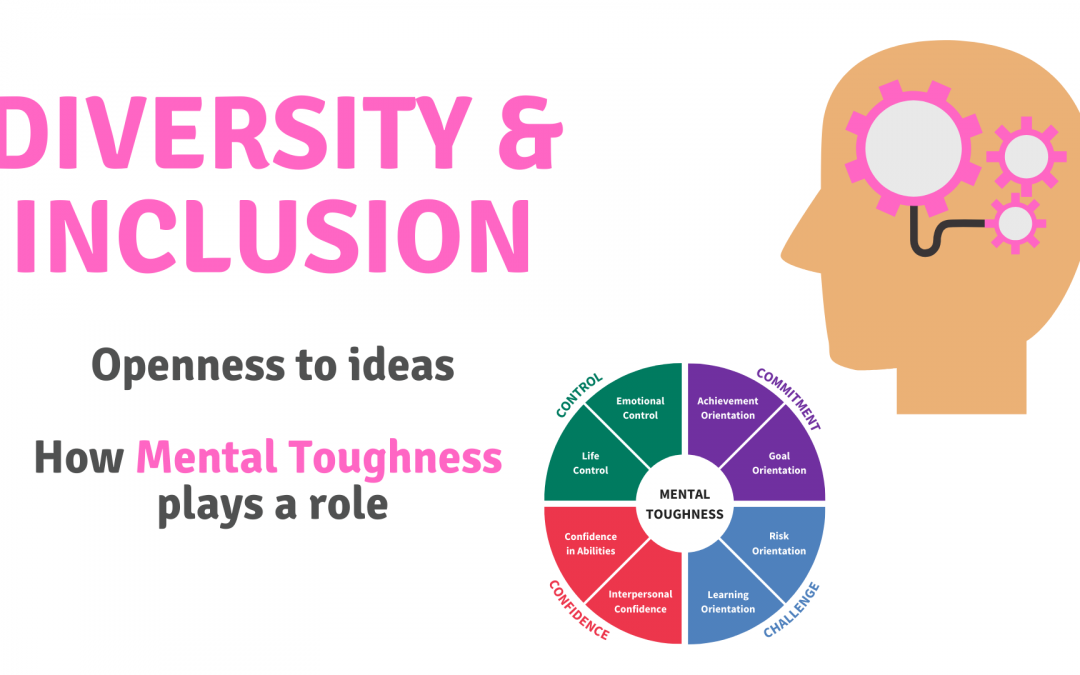 Optimising Creativity in organisations and in society.

In 2016, the World Economic Forum identified creativity as one of the most important skills that a person could develop for success in the 21st Century. It is suggested that it’s the key to unlocking the potential of technology.*

Creativity and innovation matter just as much for organisations and society. Their challenge is to harness all the creativity that lies in their people ….. and that means all their people. That has to mean inclusivity.

This has a direct implication for diversity. In this article, we examine one aspect of this, an important topic. We do so narrowly through the lens of the mental toughness framework and how that sheds light on how creativity and innovation can be diminished and thus stifle diversity.

That is not to dismiss all the other ways that diversity can be stifled or how discrimination can generally exclude people without a justifiable reason for doing so.

We all recognise the moral argument for diversity. It is just wrong to exclude someone and their contribution for reasons that are not relevant to the situation or the task at hand.

There is also a compelling economic argument against discrimination. If the aim of society is to optimise the wealth in that society for the benefit of its members and humankind, it makes no sense at all to exclude those who are not like you or treat them differently and who could make a big contribution to wealth creation.

Here we are talking about wealth in the widest sense of the word, the way economists use it. It embraces quality of life, wellbeing, living conditions, etc as well as money.

The most common forms of discrimination that are discussed and managed are those that are based on race, sex or skin colour and so on. They are often visible characteristics that make it easier for those who wish to discriminate to do so.

There are other ways in which diversity is stifled and those who can contribute are prevented from doing so.

There is an equally invidious form of discrimination that works against diversity and inclusion that fixes on something much less visible – “you don’t think the way I do”.

This is what the article focuses on.

It is possible to be of exactly the same background as another and yet deliberately prevent their inclusion in creativity and innovation simply because they see the same things as you do but do so in a different way or from a different perspective.

Indeed, it has a bearing on those more visible forms of discrimination. People disown them or disenfranchise others because they think they are different in a way they are not open to accepting.

So, does understanding “how we think” help us to understand why some are less inclusive than they could or should be? From that, might we be able to manage diversity and inclusion better? The 8-factor mental toughness concept might just do help us to do that.

At one level we can look at two different approaches to creativity. Professor Peter Clough and colleagues at the University of Hull found:

Firstly, mental toughness could be a factor in thinking style. Those who are more mentally tough, in general, appear to be more analytical and structured in the way they approach creativity. In general, the more mentally sensitive tend to be more intuitive.

As is so much in understanding people, it’s not quite as compartmentalised as that because it is perfectly possible that a mentally tough individual can also be intuitive and a mentally sensitive person to be analytical and structured.

What can, and often does happen is that someone who is mentally tough and analytical will reject the contributions of a more intuitive individual. Where an analytical person will be very grounded – “I want the facts” – they can dismiss the ideas of an intuitive person because they can’t see how the intuitive has got to their position.

It can be further exacerbated where the more mentally tough can be more dominant than the mentally sensitive individual.

The reverse can also happen. An intuitive person can also reject the contribution of a more structured analytical person because “they don’t see what I can see”.

Creativity is a high-level thinking activity. The way we think, our mental toughness can influence our capacity to harness all the creativity around us and lead us to select only those contributions with which we are comfortable.

Often, the pressure when working with others on creative activity is to converge with another’s thinking and ideas. In other words, people cluster around a particular idea which might not always be the best idea. It might have been the first to emerge or it may have been forcibly presented by another member of the team and has some face appeal.

This potential tension between mental toughness and mental sensitivity can apply to the 8 factors.

In the table below we have set out a simplified example of a behavioural response that two people might have on each mental toughness factor. The reality can be much more complex with many behaviours entering the picture.

The point here is: If two people can think in two different ways in the same situation, is there potential for them to:

As an exercise, think about each of the scales below.

As noted above this is a very simplified picture. There are many positions that can be adopted and it is possible for many levels of difference to emerge.

The key to unlocking this and optimising the benefits of diversity and including all in our creativity and innovation lies in self-awareness and reflection.

Firstly, to understand better why I approach situations mentally the way I do and what this means for the way I behave.

Secondly, to understand better how I respond to others – especially those who are not like me and what impact this has on them in terms of our collective opportunity to be creative

And finally, to understand better why others might be responding to me in a way that rejects or negates what I bring to creativity and innovation and what I can do to manage that.

The issue of Diversity and Inclusion is a large and complex one. Ultimately the challenge will be to eliminate all forms. That means being aware of all the ways that diversity and inclusion can be inhibited.

Hopefully, this article adds to that understanding.

My level of mental toughness, whatever it is, can be a force for diversity and inclusion. 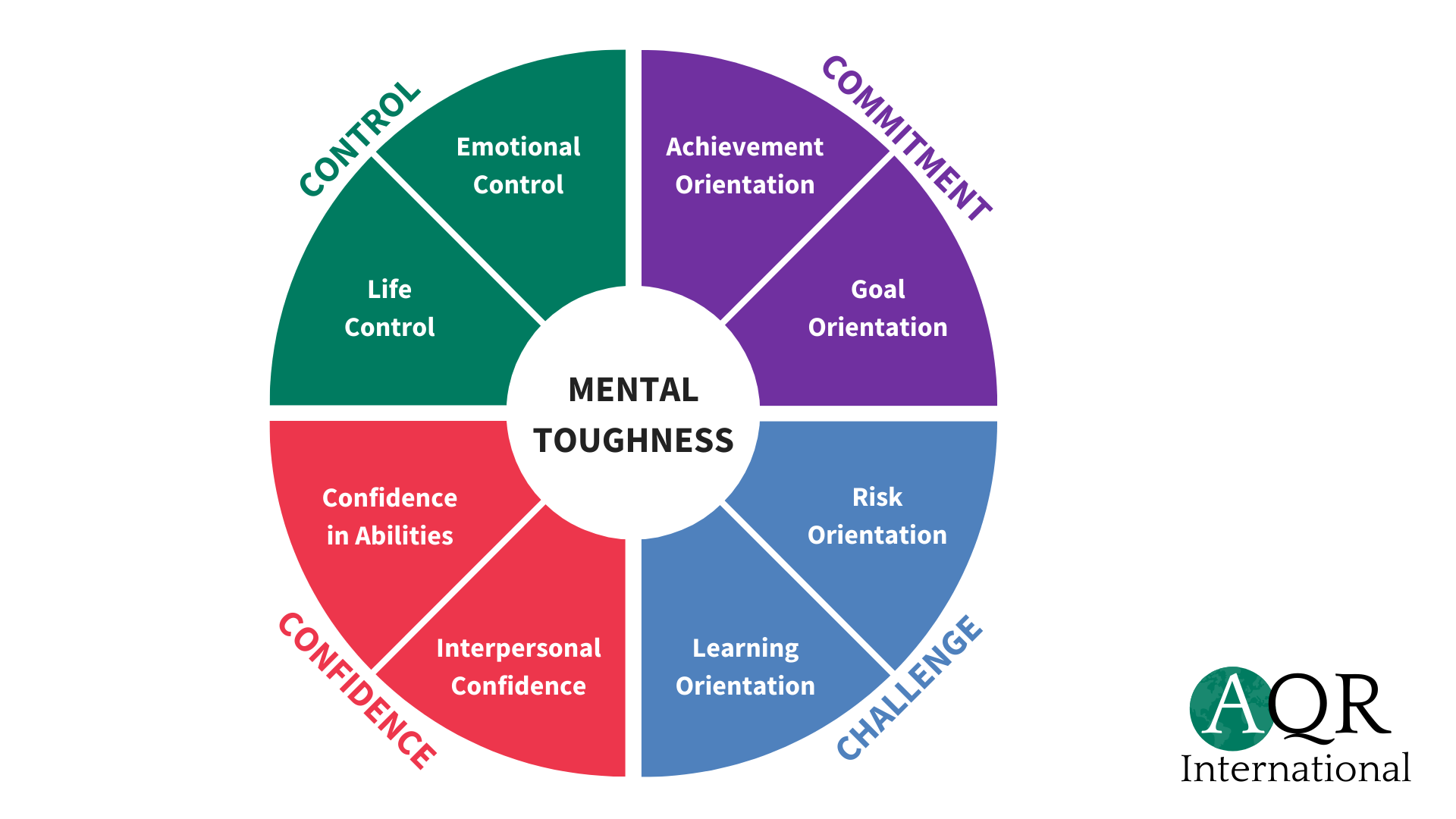