Resilience and Mental Toughness – is there a difference and does it matter? 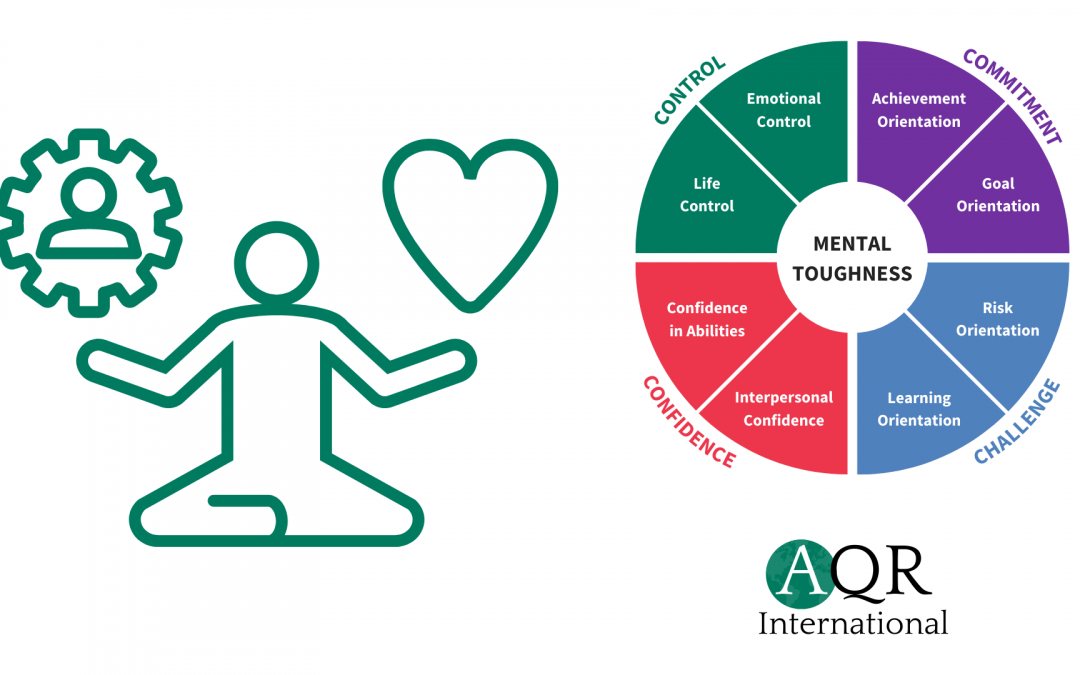 There is indeed a difference and, although the two ideas are related there are important differences.

When we started our work with Mental Toughness, to some extent, we were building on the work of Suzanne Kobasa, a psychologist and practitioner operating in the USA.   She picked up on work from Health Psychology where Resilience was fairly closely defined as “the ability to recover from an adverse situation” or something like that. What this suggested was that resilient individuals were able to cope with adversity when it arose.

That description has begun to flex and change and there are now many variations of the original definitions which appear to broaden the description of Resilience. This introduces an element of “definition creep” which fudges the issue.  For instance, we can often see, nowadays, the concept of psychological resilience drifting more closely to the concept of mental toughness.

However, it is useful to revert back to the original definitions because they point to something significant. If an adverse situation arises, and the person copes with it, they can and are described as resilient. To deal effectively with a setback or problem is a useful valuable and desirable quality. But that doesn’t necessarily mean that they are positive about the experience. They may have simply gritted their teeth and got on with it – because “needs must” for instance.

Without something else coming into play (a positive mindset) overexposure to setback and adversity can, and often will, wear down the individual.

In its purest form resilience could be considered a passive or perhaps neutral quality. “I am resilient because I have to be resilient”. Not “…. because I want to be ….” It is this that Kobasa began to understand and to explore.

In the late 20th Century Suzanne Kobasa, looking at resilient managers found that some responded differently to stress, pressure, opportunity and challenge in the way that others did. Although all sought to be resilient, she found that some adopted a positive approach to adversity and challenge sometimes even seeking this out. She found that this predisposition towards exposure to challenge, opportunity and risk often meant that these individuals dealt better psychologically with set-back (and repeated setback). She called this Hardiness to separate it from the idea of Resilience.

In effect, Kobasa was introducing the idea of positivity into the picture. She understood that some, when seeing a setback or a difficulty, would see it as a challenge and who could be more solution-focused, seeing opportunity where others might see a threat.

Some of this has been embedded into the Challenge element of the Mental Toughness concept. Although, our understanding of the Challenge contrast has moved on since Kobasa original thoughts.

With the addition of the idea of Confidence, Kobasa’s idea of Hardiness has now emerged as Mental Toughness. This is defined as “a personality trait which determines in large part how individual respond mentally to stress, pressure, opportunity and challenge irrespective of circumstances”. A mentally tough individual sees challenge and adversity as an opportunity and not a threat and has the confidence and positive approach to take what comes in their stride.

We can see this summarised in the image below: 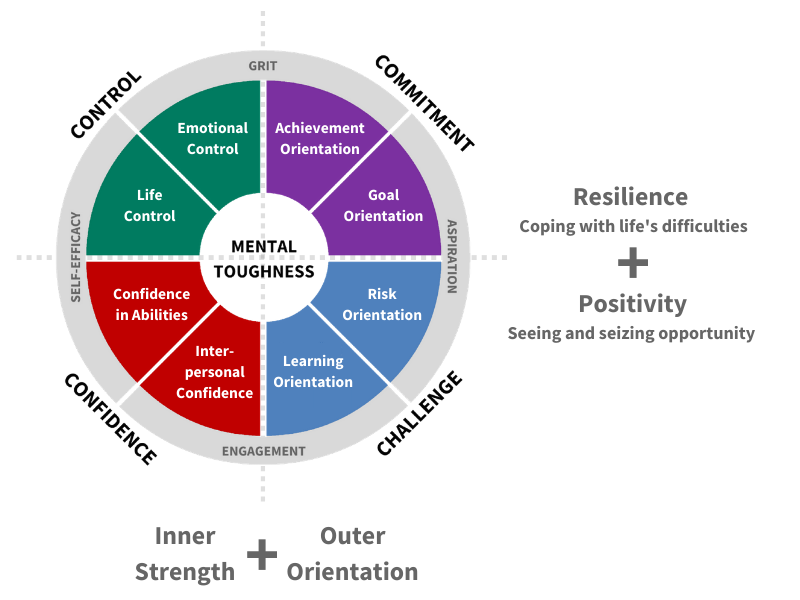 The Oxford English Dictionary (online) defines Resilience as “the ability to recover quickly from difficulties”. This describes an ability to recover from an adverse situation either largely or completely. It does not necessarily imply that the person has a positive feeling about the negative situation. It simply means – something has gone awry, but I am going to grit my teeth, pick myself up and I still believe that I can do some or all of what I originally intended – despite this setback – and I am going to do my best to achieve some or all of my goals.

We would commonly describe someone who does this as a resilient individual. Although it will help that an individual is optimistic or positive, this is not a necessary condition for resilience.

Consequently, an individual who is resilient without optimism and confidence can be resilient but may still find the going tough and may be more likely to wilt if the requirement to be resilient is too frequent or too sustained.

Confusingly the Oxford English Dictionary offers Toughness as an alternative description of Resilience.

Is the distinction important? We believe so.

Both resilience and mental toughness can be developed through experiential learning. Either through targeted development, coaching or simply living through life’s experiences.

The outcome is subtly different but important in a world where everyone experiences change, challenge and setback more frequently and more quickly than ever before. Especially in recent times. Adopting a positive mindset is important – this is about being “comfortable in your own skin” and accepting life’s ups and downs as part of the journey through life. It’s part of the process of personal development.

We might usefully think of the difference in terms of the phrase “survive and thrive”. Resilience helps you to survive (but not always) and Mental Toughness helps you to thrive (but, again, not always).

It matters because the outcome is more positive leading to:

Singly or in combination these are important outcomes for organisations and individuals.

The way we deal with these questions now is to ask the questioner to define or describe Resilience. Then to describe to them how we see the difference. Essentially what we are doing here is introducing psychological well-being and positive psychology into the explanation.

If they continue to maintain that Resilience is the same, then ask them to define what it is when individuals face up to adversity and challenge but don’t like doing it.

If your interest is piqued to learn more about your own Mental Toughness profile and how to assess and develop Mental Toughness in others, please visit www.aqrinternational.co.uk. and if interested in being a licensed user, contact us through the site.
Feel free to connect with me too on LinkedIn or via doug@aqr.co.uk