The Four Myths of Mental Toughness 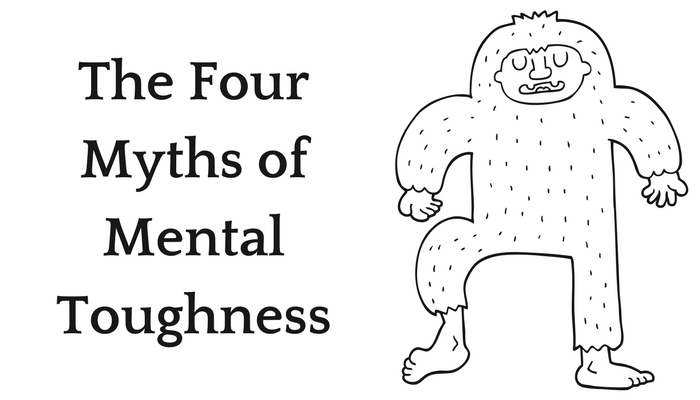 Mental Toughness – It’s not about being macho and aggressive – it is about thriving.

Mental Toughness is an important concept which has made steady progress towards being a mainstream consideration in individual and organisation development.

It has actually been around for many years (40+) but for much of that time, it was thought of as a sports concept. It has only been in the last 15 years that Professor Peter Clough with his 4Cs model, working in collaboration with AQR International and Dr John Perry has established it as a multi-dimensional concept which has general application. We now know that it is a personality trait which has a significant impact on our behaviour and our emotional responses whatever we are doing.

The 4Cs concept was launched in 2002 after research which established its validity. One of the responses we had to deal with was an occasional dislike of the term “Mental Toughness” and the adoption of immediate assumptions about the concept based on a preconception about what Toughness meant.

In 2018, the term is now much more widely accepted and understood. It is what it is and is the correct term for the concept – important if users are to understand how it is different from Resilience which it embraces. See the image at the foot of this post to understand this a little more.

Occasionally we still get a reaction from those who come across the term for the first time.

So .. the purpose of this post is to “burst 4 common myths” about Mental Toughness.

The first is that it somehow promotes a “macho”, perhaps uncaring, way of working. It doesn’t. A mentally tough individual is someone who has a mindset which enables them to accept that life and work has its up and down and to take these in their stride. As Professor Clough puts it succinctly “they are comfortable in the own skin”. Generally, they will have no need to be aggressive although they may at times be assertive and confident.

Another myth is that this a “male-orientated” concept. Again, it isn’t. Mostly, the research shows that, when assessed through the MTQ48 or MTQPlus, adult males and females generally have very similar profiles. Some males can be mentally sensitive (the opposite of mental toughness) . Equally some females can be mentally tough.

That is not the same as finding that when looking at males and females in senior leadership positions we find that females are often more mentally tough than their male counterparts. Suggesting that a culture of male dominance has not yet vanished and that females appear to have to be more purposeful and more focused to get to roles that males achieve more easily. That is another story altogether.

The key here is self-awareness and reflection – who am I and how can I optimise that? The person who initially developed the concept, Jim Loehr, described Mental Toughness as being “the best that I can be”. That applies to everyone, wherever they are, whatever they are.

The last myth is that mental toughness is all about winning and success. Loehr’s description above puts that into context. We cannot all be the winner but we can be a winner. And success isn’t always measured in terms of salary and size of a car, etc. In economics there is the concept of “wealth” but it means wealth in its widest sense. For example, enjoying a good, healthy and fulfilling life and fresh air and clean water.. It’s the same here – it’s about having goals which can include being a great parent or simply being happy with your circumstances and not just being highly paid.

Ultimately all of us have to deal with a volatile, uncertain, often complex and almost always uncertain world which is changing faster than ever. The way we approach that in our heads is what matters and what enables us to deal with the world around us.

And that is what understanding mental toughness helps us to achieve. Understanding our mindset and reflecting on its implications helps us to develop and implement strategies for dealing with and coping with the world.